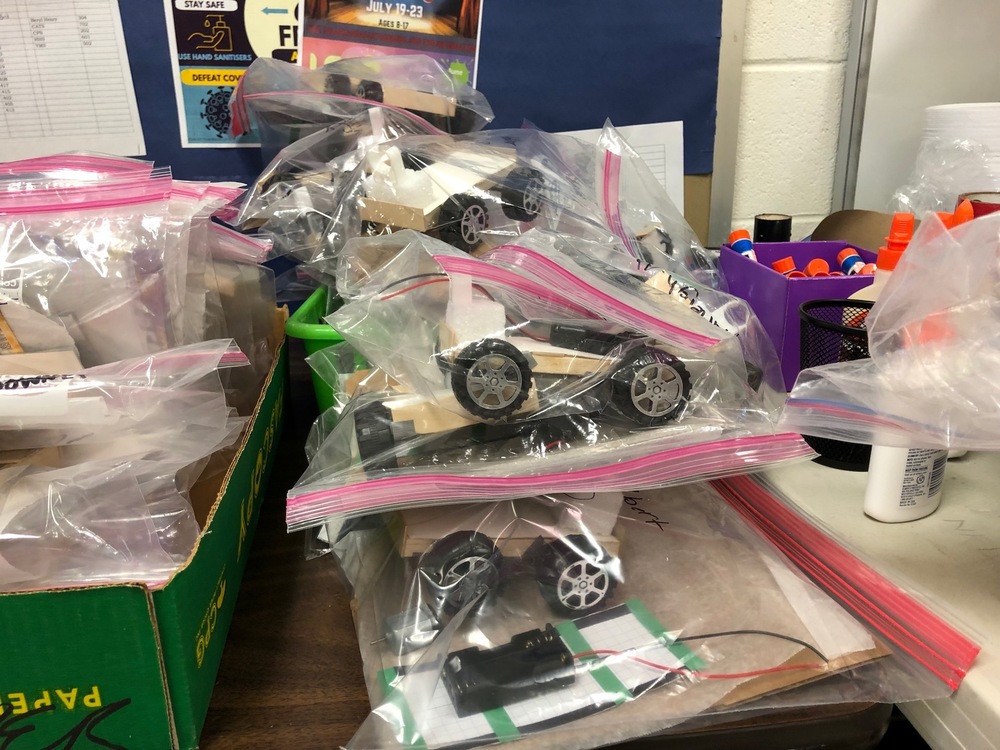 HOPE – Students in Kayla White’s Innovation Lab at Hope Academy of Public Service have hands-on experience in the fundamental concepts that Tesla and other electric car manufacturers are using to step into the future… now.

Southwest Arkansas Arts Council/Arkansas Arts Council Artist in Residence Mary Overton, of West Fork, worked with White’s students for two weeks learning the theory of electrical circuitry, fundamental automotive design concept, and how to work with a variety of mediums including wood and plastics to build small-scale electric cars.

As Overton explained to the class, the cross-curricular concepts were all necessary to make the project work.

Throughout the process, the 113 Innovation Lab students in White’s classes learned the practical aspects of design, testing and redesign.

Each student had to determine his or her design application and produce a design plan that met Overton’s approval. Designs were then matched to materials and the building process produced a vehicle for testing in two stages.

Stage One in testing required a determination of mobility. Using a small electric hair dryer, each student placed their wheel-mounted chassis on the classroom floor and pushed the vehicle with the air flow from the blow dryer to determine whether it would roll in a straight line… or at all.

Adjustments to wheel mounting or chassis to wheel relationships were made and the rolling test was repeated until a satisfactory straight roll was achieved.

Stage Two in testing began with testing wiring using a small propeller-driven motor mounted to the chassis. After a satisfactory motor test, the motor-powered vehicle was tested for straight line operation under its own power.

Next came the decoration phase and decisions about drivability carrying decorative weight, which became important during the races that followed completion of the project.

“They really learned a lot about many different things,” Overton said.

“What you have built with a small battery is different from what we do to bring electric power to your house,” Zimmer said.

But, the principles are the same, Clayton explained.

Both men cautioned the students about the dangers of electricity, as well.

“Some of you have said you’ve been shocked by electricity; and, it hurt,” Zimmer said. “You have to be careful, just like David when he works on a line because it can be dangerous.” 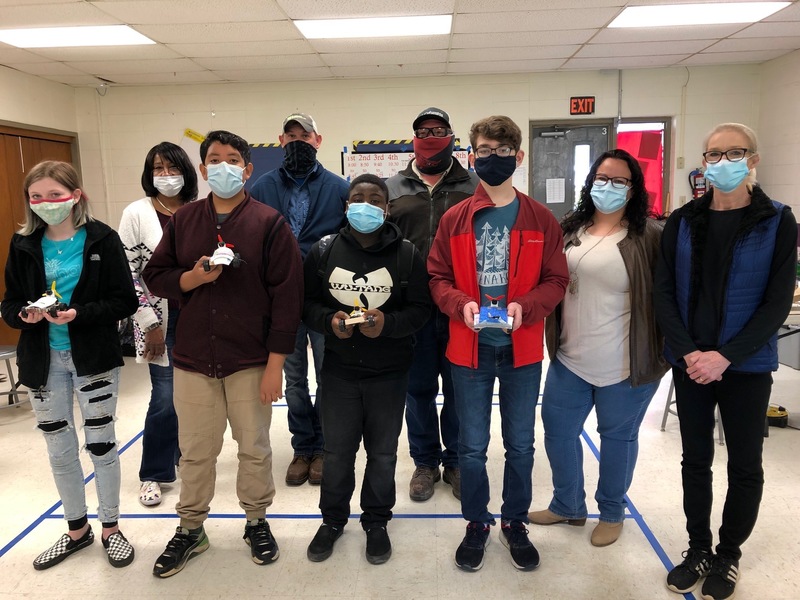 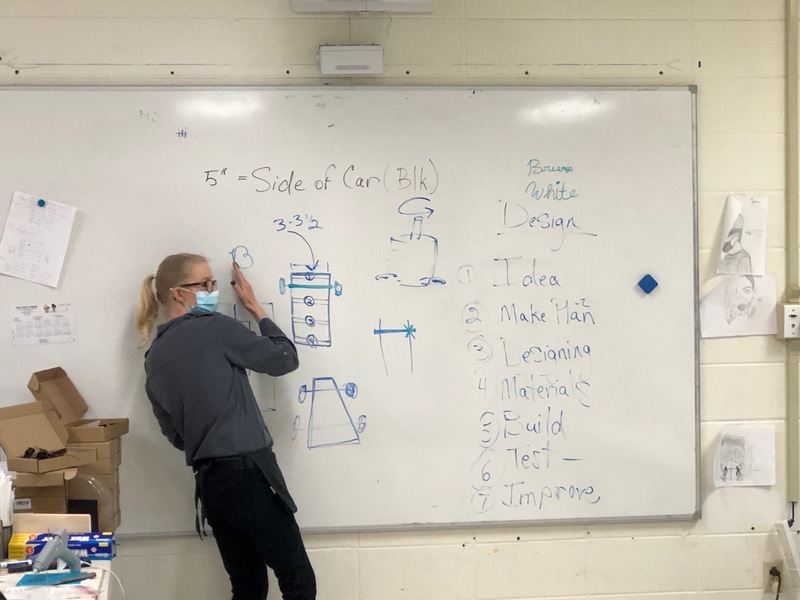 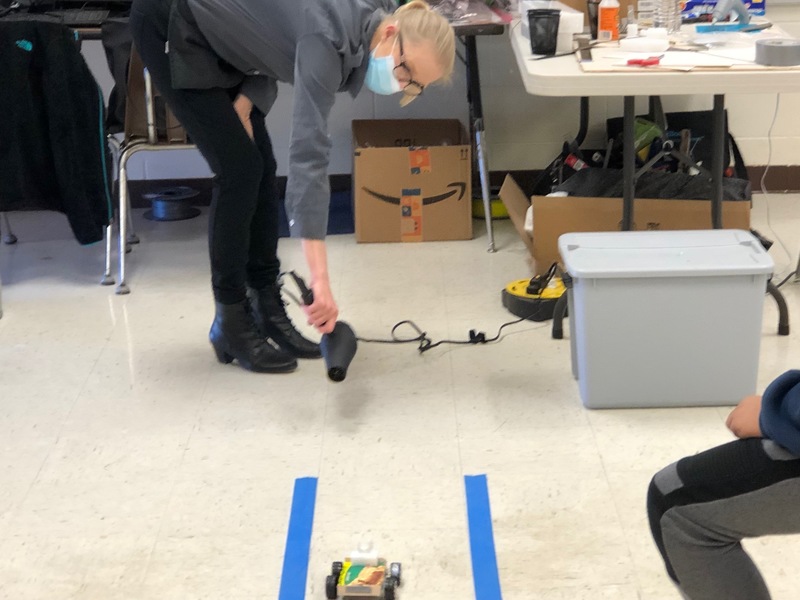 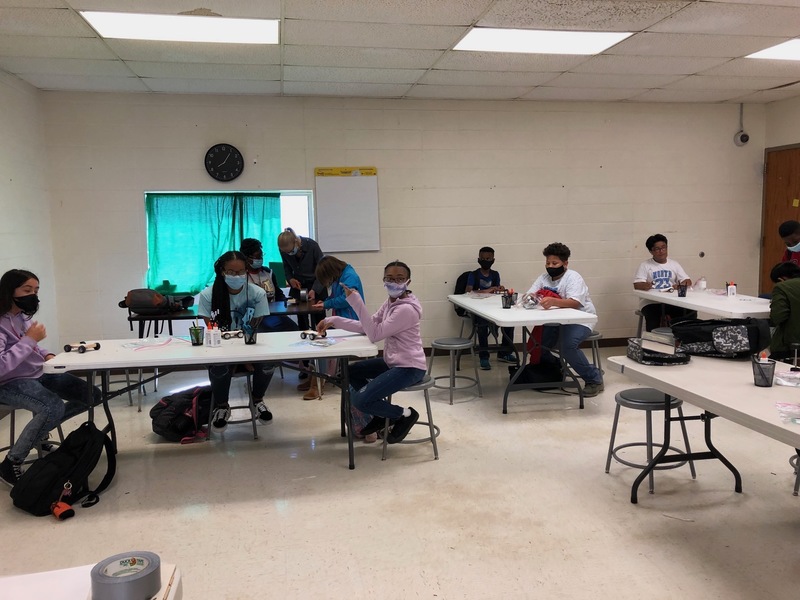 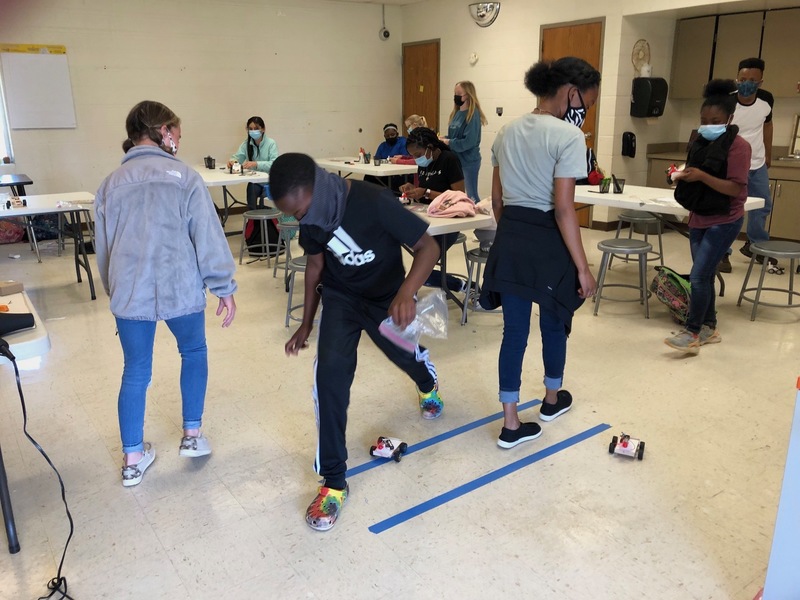 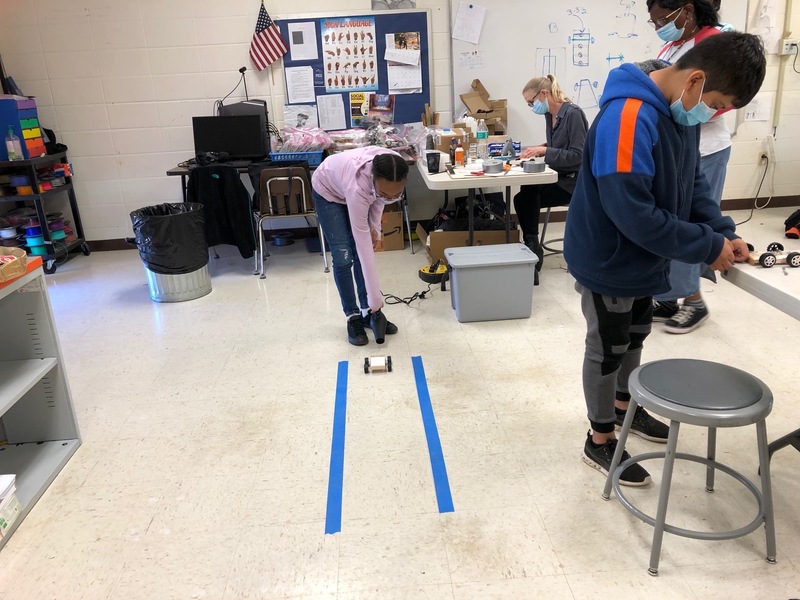