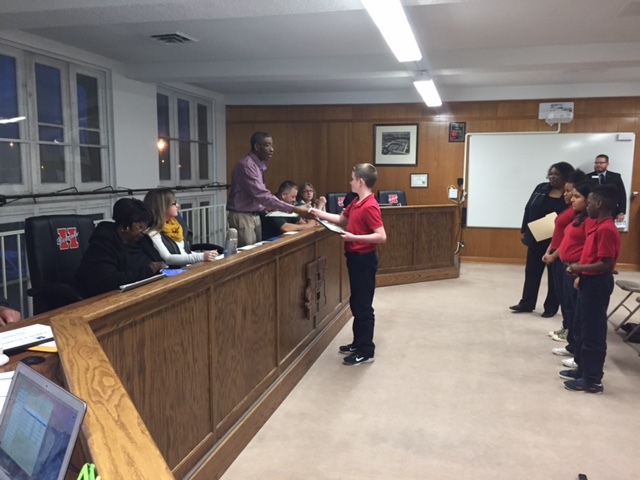 HOPE – The Hope Public School Board tabled action Tuesday night concerning a proposal to create a ninth grade cohort for the eighth grade class from the Hope Academy of Public Service.

Superintendent Bobby Hart presented the proposal to the board in response to questions raised by parents of HAPS eighth grade students about the prospect of expanding the HAPS campus to grades 5-9.

Hart was explicit in his explanation that such an expansion was not in the original design of the HAPS campus, and is not financially feasible for the district.

“There has been some discussion about leaving them on the Garland campus,” Hart said, referring to the historic Augustus Garland campus which is home to HAPS. “We have laid out a plan that we believe is fair to everyone involved.”

He said the plan essentially houses incoming ninth grade students from HAPS in a “pod” on the Hope High School campus, where those students will take classes as a cohort.

“All HAPS students will receive instruction from current HHS staff in the four core areas,” Hart said. “These teachers are all trained in the New Tech Network program for Project Based Learning and cross-curricular study.”

He proposed the use of the ECHO learning platform through New Tech, which will allow parents to monitor student assignments and progress.

“The HAPS students will be in their own pod the majority of the day,” Hart said. “They will have their own lunch period.”

He said other aspects of the HAPS model regarding Saturday service days and parental expectations will remain in place at the ninth grade level for the HAPS pod, under the proposal.

Proposed scheduling for the students in the HAPS pod will be integrated into the “college and career ready” philosophy upon which the program is based through its partnership with the University of Arkansas Hope-Texarkana, Hart said.

The proposal keeps the first eighth grade class from HAPS on course to obtain as many as 48 semester hours of college credit free by the time the students graduate from Hope High School.

Board President Willie Buck said that he has been asked by HAPS students why the HAPS campus could not simply become a grade 5-9 campus instead of grades 5-8.

He said such a change would cost as much as $250,000 per year to accomplish. Hart said part of the original intent of the grades 5-8 design at HAPS was to prevent taking students from the HHS campus. Hart said because ninth grade teaching certification is “course specific,” hiring additional faculty to expand HAPS would be required.

He said teachers might be re-assigned if the ADE approved an expansion, but the continuing expense after the first year would be prohibitive as a use of financial resources.

“We have got a good program set up and a good one to go forward,” Hart said.

Trustee Jimmy Courtney said he feared losing students if the HAPS campus was not expanded to ninth grade, and he called for more study of the idea. Courtney said a meeting of HAPS parents and HHS administration has been set for Feb. 13 at 5:30 p.m. to further discuss the transition question.

In other matters Tuesday, the board:

--Delayed action on a facilities use request for a youth basketball league because of scheduling.

--Approved two facilities use requests by the Order of Eastern Star.

--Rescinded a job offer because of the applicant’s inability to fulfill a contract.

--Ended an employee contract due to employee illness. 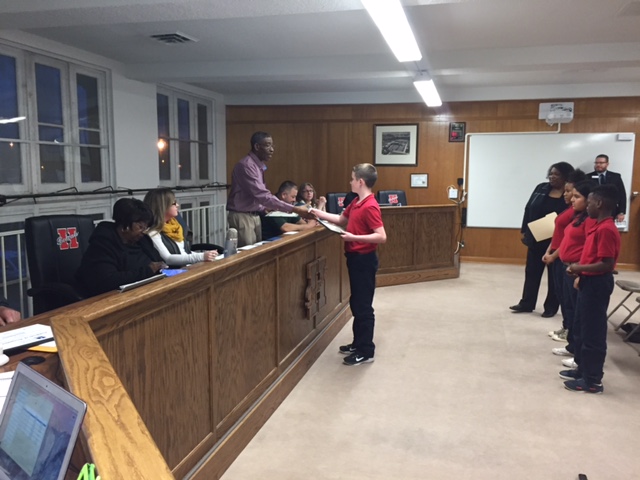