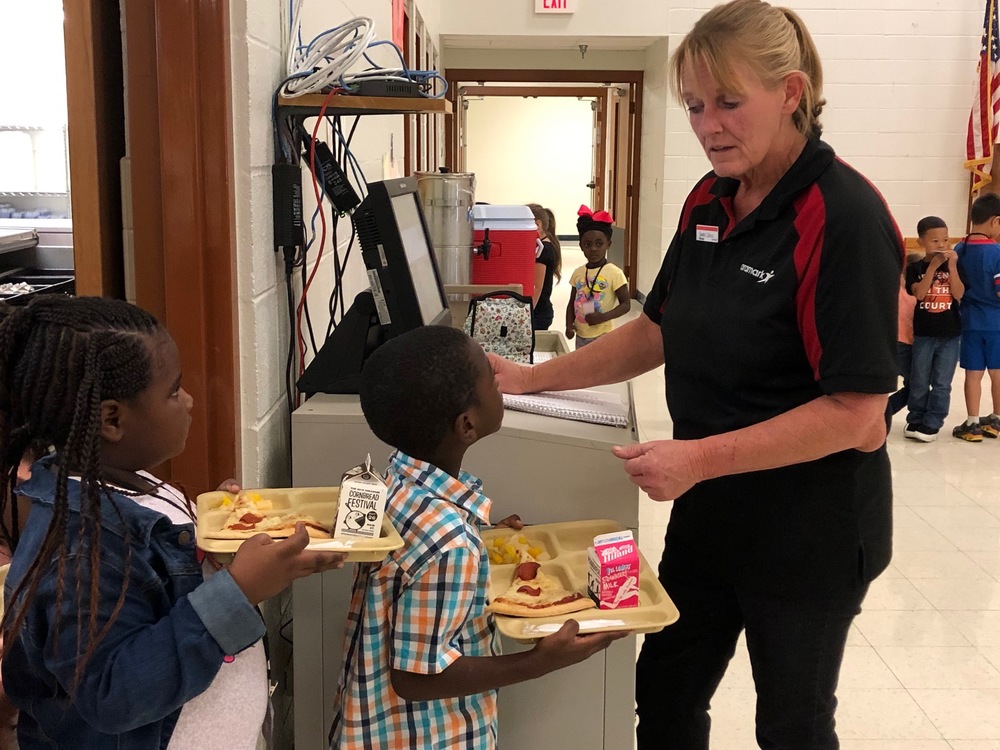 HOPE – Sandra Calhoun, kitchen manager at Clinton Primary School, will be one of 200 food services professionals worldwide to be recognized in October by one of the largest employers in the business.

Calhoun has been named to the Aramark “Ring of Stars” by company CEO Eric J. Floss.

She was notified of the honor in an Aug. 13 letter from Floss.

“It is a pleasure to honor outstanding talent within our company and joining the Ring of Stars makes you one of only 200 exceptional Aramark employees among out 270,000 colleagues worldwide who have earned this distinction in 2019,” Floss wrote. “It’s a tribute to your outstanding performance, dedication and passion to be a true Aramark service star.”

The award is derived from the “Star person” logo of the company, headquartered internationally in Philadelphia, Pa.

“There have been only three in the history of all accounts in Arkansas; and Sandra is the third,” Aramark Food Services Director for Hope Public Schools Cortney Nutt said.

Calhoun was nominated for the award by Nutt.

A native of Nashville, Calhoun is a graduate of Nashville High School, who began working in the child nutrition department of the HPS in 2016 in food preparation, working her way into managing the largest kitchen in the Hope district. The CPS campus serves some 850-900 students per day in grades PreK-4.

“I started part time and just stayed with it,” she said. “I love kids.”

The mother of one adult daughter who now resides in Oklahoma, Calhoun has been married 16 years and enjoys fishing, gardening, and watching football.

She is dedicated to her student customers.

“I want to make sure all of them are fed; and, my goal is every day to put a smile on their face,” Calhoun said. “I can’t stand to see a child frown.”

Calhoun will be honored during a four-day Aramark-sponsored, all-expense paid gathering at the Phoenician resort in Scottsdale, Ariz., in October.

Aramark is a worldwide customer services business including food, facilities and uniforms services, founded in Los Angeles, Calif., in 1936 by Davre Davidson and his brother as Davidson Brothers Vending Co. The company provides food services to all five campuses of the Hope Public Schools under contract with the school district.