This search form uses an instant search feature. As you type, search results will appear automatically below the search field. When you've entered you desired search terms use tab to navigate through the available results and hit enter to open the selected page or document.
HHS Robotics begins new season
Ken McLemore
Friday, January 08, 2016

HOPE – It is being billed as the battle for the stronghold, the 2016 season of “For Inspiration and Recognition of Science and Technology” (FIRST) Robotics competition which kicks off worldwide Saturday with the Hope High School Robotics Team as one of 17 teams from Arkansas to accept the challenge.

The HHS team will travel to Searcy to the campus of Harding Academy for the Arkansas kickoff of the FIRST Robotics Competition which originates worldwide from Manchester, N.H. that day.

“We will find out what our challenge is, and from there we can decide what kind of robot we will need to build,” Mark Reed, HHS team sponsor said.

Winners in the competition season qualify for more than $25 million in college scholarships.

The 2016 season will include some 3,000 teams in grades 9-12 competing at 118 regional and district events which will kickoff via webcast on Comcast NBCUniversal to link the start of the competition season worldwide at http://comca.st/frc2016 online.

Teams will learn Saturday the design of the First Stronghold competition field and details of the challenges incorporated into it which they must meet in the contest.

“Students take measurements on the new game field and inspect the challenge in order to develop strategies for robot construction, and to determine if they will play offense, defense, or both,” according to FIRST Robotics.

Teams will also receive the basic parts kit for the competition including motors, batteries, control system components, construction materials, and additional components, with limited instructions for use in building their robots.

The design and construction period for the competition is six weeks.

FIRST founder Dean Kamen, president of DEKA Research and Development, will address the kickoff venues worldwide via video, as will co-chair of the FIRST Executive Advisory Board, Dr. Woodie Flowers, Pappalardo Professor Emeritus of Mechanical Engineering at Massachusetts Institute of Technology; and, Donald E. Bossi, president of FIRST.

Brad Miller, professor of engineering at Harding University in Searcy, will direct the state kickoff.

The HHS team is currently seeking sponsors for the 2016 season to underwrite the expense of continued competition, according to Reed. He said the team also welcomes volunteer expertise in the fields of hydraulics, pneumatics, and precision metal working.

Reed said the team is currently working to acquire two potential sponsors to be announced later. 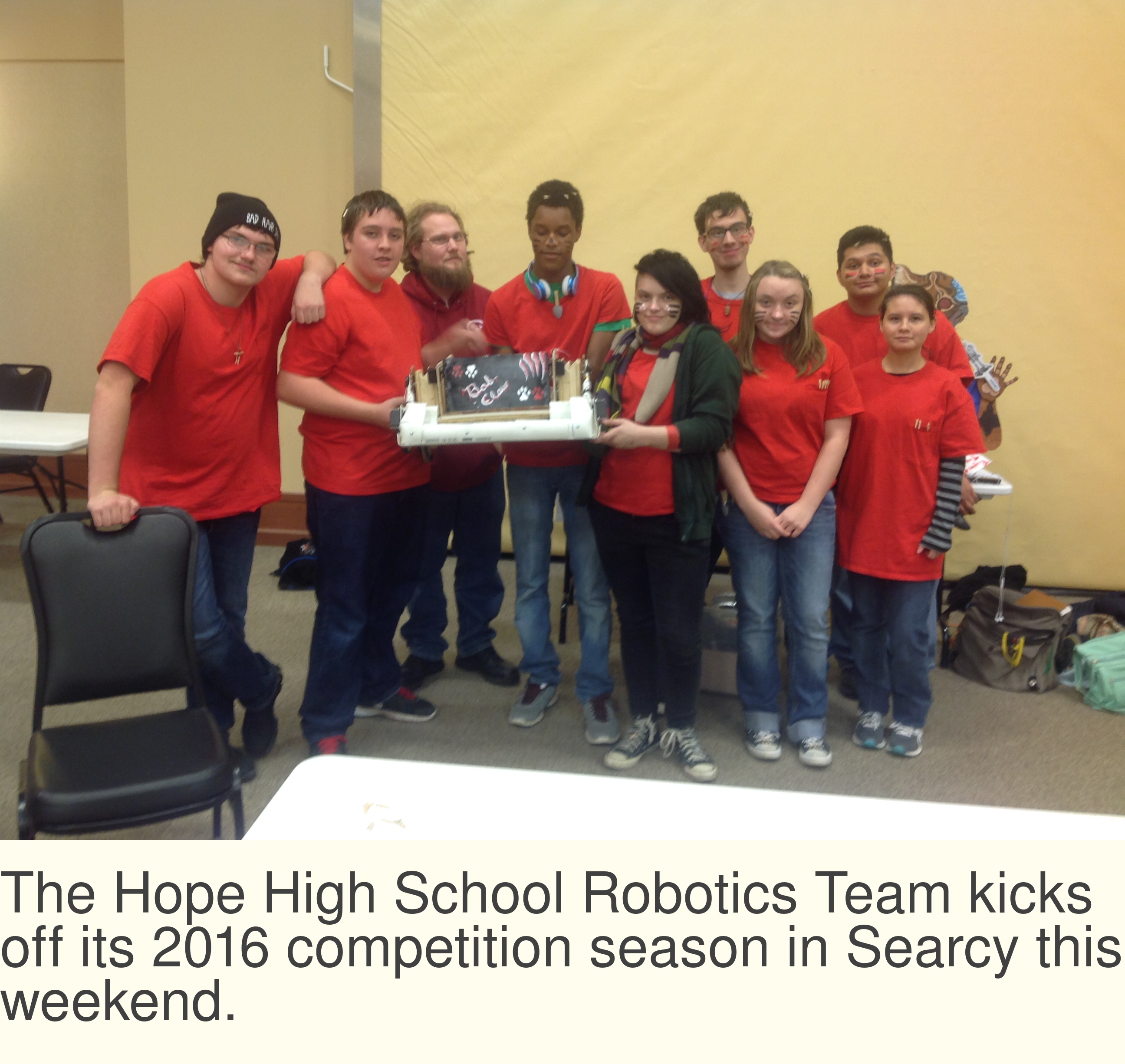