HOPE – A plan to bring an option to Hope Public School District families who support increased educational rigor in grades 5-8 will partner with the William J. Clinton School of Public Service in Little Rock, the University of Arkansas Hope-Texarkana and others to provide a scholastic pathway for Hope students to graduate from Hope High School and UAHT at the same time.

HPSD Superintendent Bobby Hart outlined the framework for the Hope Academy of Public Service here Thursday night before some 100-plus parents and students on the Beryl Henry Elementary School and Yerger Middle School campuses.

“I’m committed to Hope and Hempstead County; this is my home,” Hart said.

He said the Hope APS has been developed over a year of “conversations” between administration, faculty, students, parents and other patrons of the district.

And, Hart put to rest a question asked at both sessions about the future of the Yerger campus.

“The great legacy of Dr. Henry C. Yerger isn’t going to be lost, and I know that is in the hearts and minds of many of us in this room,” Senator Chesterfield said at the YMS session. “This is a great opportunity; but, it’s going to take the community to do it.”

Chesterfield said support for the Hope APS will demonstrate a resolve to prevent the Arkansas Department of Education from taking over the school distrtict.

“And, you don’t want the state to take over,” she emphasized.

Hart said part of the promise of the Hope APS is built upon the legacy of Hope native son, former President Bill Clinton, in its partnership with the Clinton School of Public Service.

He said Clinton School Dean Skip Rutherford has committed to a partnership that will provide direct enrichment programs for the Hope APS, as well as bringing its graduate students to Hope and Hempstead County to complete project-based studies.

“They are going to be a partner to this project,” Hart said. “That is a very big thing.

He said the Hope APS will be modeled in some respects after the KIPP concept, but tailored to local students and their needs. Hart said the concept will be built upon three pillars: First, a “personalized learning plan” for each student; secondly, consistent support services; and, third, a curriculum that builds toward achieving a score of 19 on the American College Test in the 10th grade, while obtaining concurrent college credit through UAHT.

“Being a parent is the most difficult job you can have,” Hart said. “The hardest thing I’ve ever been called is ‘Daddy.’”

He said the commitments required of families asks parents to become a full partner in their child’s education.

The open enrollment Hope APS will begin classes in August, 2016, with 200 students, based upon a “first come” application process, which Hart said will pay attention to each student’s potential to successfully complete the program. Enrollment opens Feb. 22 and will conclude April 4.

“We want to get this right; and, that is why we are starting with 200 students,” he said.

Hart said the potential for growth after the first year is based upon “getting it right” at the outset.

“Here’s where the rubber meets the road,” he said. “I’ve got to put the best teachers in the program.”

Hart said the program cannot afford teachers who are simply “checking off the boxes” to prevent sanctions by the ADE.

He said administration and faculty for Hope APS will come from inside and outside of the school district. Hart said the shift of students from the Beryl Henry and Yerger campuses will not affect how those campuses are staffed or served by the district. He noted that a reduction in class sizes at both campuses will allow teachers at BHE and YMS to provide more intensive and enriched instruction on those campuses.

Hart said students at the Hope APS will continue to be eligible for all extra-curricular activities; and, that Gifted/Talented and Pre-AP programs at BHE and YMS will remain in place at each campus.

“You’re not losing your identity as a Bobcat,” he said.

But, Hart emphasized that only students living in the HPSD at the time of enrollment are eligible to participate.

“If you live in another district, I can’t take you,” he said.

Classes for the Hope APS will be conducted on its renovated campus at 600 W. Sixth St. in Hope, he said.

Applications for the Hope APS will be made available through the HPSD administration office at 117 E. Second St. in Hope. 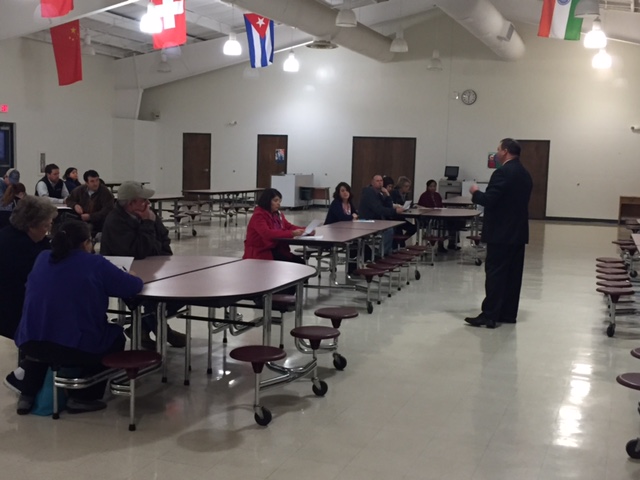