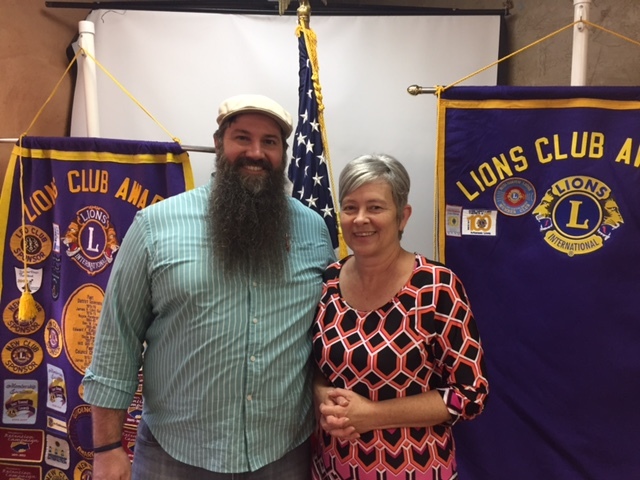 HOPE – Deanna Gilbert thinks food should be fun. She feeds breakfast and lunch to as many as 2,300 students in the Hope Public Schools each school day.

“I have a large group of ladies who love what they do,” Gilbert told the Hope Lions Club.

“Things have changed the most, I’d say, over the past five or six years,” she explains. “The USDA has been pretty tight with regulations, but they are now getting a little flexible on some of the rules and regulations.”

That, according to Gilbert, is a good thing, because it allows the fun back into the free breakfast and lunch offerings which the HPS provides daily to its students. She illustrated the problem directly to U. S. Senator Tom Cotton, R-Ar., during a recent conference in Washington, D.C.

“I had one of those whole grain crackers the USDA makes us use,” Gilbert said. “I offered it to him and said, ‘Here, try this; it’s what we have to give to the kids.’”

She said Cotton reluctantly complied, and as a result, some changes were made in menu choices and content requirements.

“It’s so regulated that it takes some of the fun out of it for the kids,” Gilbert said.

She has also changed the concept of “the cafeteria” in the HPS.

“We have also done a lot to change the look of things,” she said of the campus cafeterias. “Some kids won’t eat there because of the stigma of ‘The Cafeteria.’”

“It’s more like a restaurant, now,” Gilbert said. “It’s not just four white walls and long tables. It making a big difference in participation with our kids.”

Shifting menu choices to offer things such as sandwiches, pizza slices, and salads, as well as regular entrees has also boosted participation, she said.

The HPS offers breakfast and lunch, and an after school snack, free to every student in the district, regardless of ability to pay, Gilbert said.

“We looked at it and decided that we can do it for five years,” she said.

The concept is based in the free and reduced lunch program which the U.S. Department of Agriculture offers schools with majority poverty status. Gilbert said that rather than limiting the impact to the federal guidelines, the district participates in the USDA program to the extent that it can be funded and supplements the rest through the use of federal commodity items.

“We are completely self-sustaining,” she said. “Right now, no child in the Hope Public Schools pays for meals. This is for the whole community.”

Teachers, administrators, parents and anyone else who eats at an HPS cafeteria pay $3 per meal, she said.

Gilbert said that each HPS campus operates on a minimum two meal schedule, offering breakfast and lunch, and most campuses have two lunch periods during the day. Clinton Primary School, the largest campus in the district, schedules three lunch periods, she said.

The HPS also provides a Summer Nutrition Program which offers free lunches to any child under age 18 at one or more campus lunchrooms during the summer, Gilbert said.

“We don’t feed as many as we would like; and, that is mostly because parents don’t get them there,” she said. “But, we are not going to let it go away.”

Gilbert said the district has developed partnerships through local non-profit and church groups for children to be brought to whichever campus is the main summer lunchroom and fed.

The program won the U.S. Food and Drug Administration “Turnip the Beet” Silver Award for 2017, the only school district program in Arkansas to do so.

The district also provides an extensive nutrition education program which focuses on the primary school level through plays, skits and presentations, including a daily free fruit snack for each student.

“Sometimes, it just takes encouraging kids to try something, and they like it,” she said. 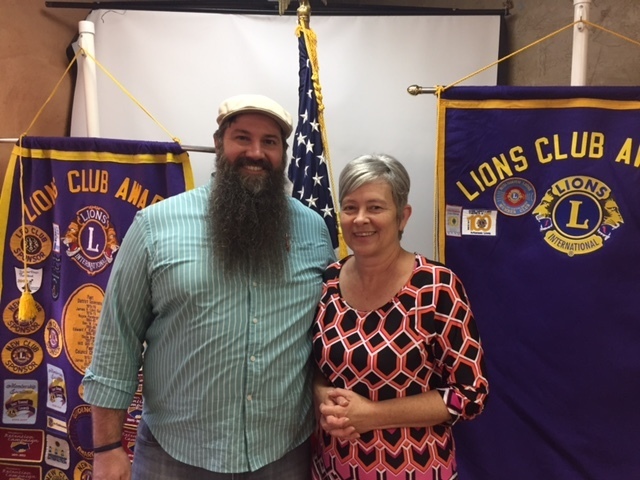