The concept was discussed in a joint informational meeting of the HPS Board and the UAHT Board of Visitors.

“Rapert Library is the symbol of when this campus transitioned from Red River Vocational-Technical College to the University of Arkansas System,” U of A Hope-Texarkana Chancellor Chris Thomason told some 50 attendees in the Rapert Library auditorium.

Thomason said the partnership already established between U of A Hope and the Hope Public Schools through a concurrent credit program signifies the gravity with which both entities view the opportunity for the unique plan.

“At every juncture of our history, there has been the importance of our partnership with the Hope Public Schools,” he said.

He said the concept will “stand as a model for the rest of Arkansas.”

The concept calls for a direct collaboration between the HPSD and UAHT, housed on the U of A Hope campus, and intended to provide a rigorous college-level program of study for highly-motivated students in grades 10-12 that would produce a Hope High School diploma and a UAHT Associate’s degree at the end of three years.

Classes would be taught exclusively by UAHT faculty, and a pre-planned course of study would be developed for each student. High school students would be integrated into college classes, with no more than 10 students per class.

Students would segue into the full course of study through high school level AP/honors classes and some dual college credit courses. The final two years would consist of dual credit courses and regular college study.

Thomason said HPSD students in the program would still be afforded opportunities in extra-curricular activities both at HHS and on the U of A Hope campus.

He said the academy is to be housed in a remodeled Rapert Library Complex which provides independent entry to the academy apart from a redesigned library entrance. Classrooms, offices and the auditorium in the Rapert complex will be for the primary use of the academy, he said.

Thomason said the Rapert Library will consist of a reading room, library stacks, and college book rental. Additional outdoor instructional space is also anticipated in the current preliminary designs for the building’s use, he said.

Thomason said the concept is based on the Northwest Florida State College High School which the UAHT administration and staff have studied.

“We have been considering this for a long time,” he said. “This is an exceptional model we’re developing for Arkansas.”

He said the Florida model incorporates five high schools, while the Hope Collegiate and Professions Academy is exclusively focused on the partnership with the Hope Public Schools.

“We believe one collaboration with one high school is a much stronger model for success,” Thomason said.

HPS Superintendent Bobby Hart said the concept would be developed through a “conversion charter” for the academy, bringing Hope High School directly into the model. He noted that statistics have shown both Arkansas and Hempstead County are behind in the level of educational attainment.

“There is a direct correlation between education and income,” Hart said.

He said Arkansas currently ranks 48th nationally in the percentage of its population with college degrees or certifications, with median income of $41,262 annually. Hempstead County is 62 among 75 counties in college-level attainment, with annual median income of $32,122.

Hart said the collegiate and professions academy “conversion charter” is a means to change the arc of outcomes for Hope and Hempstead County for the next generation.

“I am a definite opponent of for-profit charters,” he said. “What a conversion charter does is allow a school to waive some state requirements. And, sometimes, they get in the way of doing what is right for the students.”

Hart said the Hope Collegiate and Professions Academy is designed for students living in the Hope Public School District.

“This is not about trying to attract somebody back to the district,” he said. “This is about an opportunity for the 600 students at Hope High School to be in the middle class.”

Hart said the current timeframe for obtaining a bachelor’s degree is five years because of costs, which often require students to work, class scheduling, and family circumstances.

“Think of the economic potential we’re giving our students at the age of 18,” he said.

He said the mission and vision for the academy have been taken from those of both UAHT and the HPSD to provide for the strongest points of “overlap” between the two.

“We want these students to achieve their dreams, whatever they are,” Hollis said.

Thomason said a limited “pilot” class might be possible in the Fall, 2018; and he stressed the support which the plan has already received from the head of the U of A System.

“I want to impress upon you how extraordinary this is for Arkansas,” he said. “We had to go to Florida to find something similar.”

Responding to questions from both boards, Thomason and Hart emphasized their understanding that the program is designed for 16, 17, 18-year old students to take on college-level academics.

Hart said the core of the academy obviously comes from the HAPS, YMS, and HHS campuses.

“These are very motivated students; but, they are high school students,” Thomason offered. “If you want the college class, you also, obviously, need that high school credit.”

He emphasized that the collegiate and professions programs which make up the academic DNA of UAHT from its days as Red River Vocational-Technical College provide a practical balance and continued affordability.

“We’re the most affordable two-year college in the state for a reason,” Thomason said. “We pride ourselves on that DNA.” 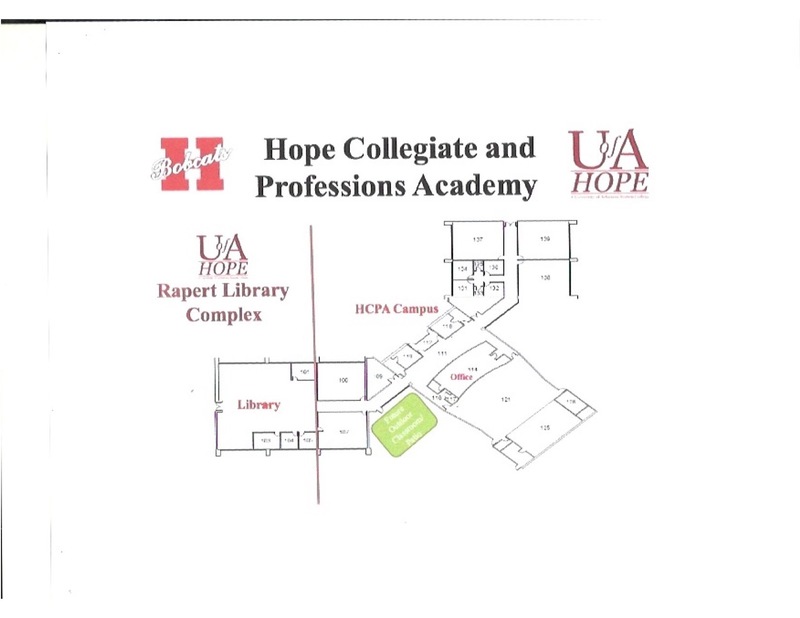