This search form uses an instant search feature. As you type, search results will appear automatically below the search field. When you've entered you desired search terms use tab to navigate through the available results and hit enter to open the selected page or document.
Board names HHS principal
Ken McLemore, Hope Public Schools
Tuesday, April 26, 2016

Bill Hoglund, who has been an educator part-time since 1999 and full-time since 2000, was named HHS principal during a called meeting of the school board. Hoglund’s hiring was on the recommendation of HPSD Superintendent Bobby Hart.

“The Hope Public Schools Board voted unanimously to hire Bill Hoglund as HHS principal; and, we extend congratulations to Mr. Hoglund,” Hart said.

He said of the numerous qualified applicants for the position, Hoglund most demonstrated the traits needed in the leadership of HHS. Hart said Hoglund’s former position as activities director for the district will be filled as soon as possible.

Hoglund, who holds National Board Certified Teacher status, is a long-time resident of Hope; and, his wife, Terri, teaches business at HHS, while his son, Zach, teaches social sciences at HHS.

Hoglund began his career in education as a substitute teacher at HHS in 1999, before teaching elementary and secondary physical education, junior high and high school geography and high school civics full-time in the Blevins Public Schools from 2000-2002. He also served as junior/senior girls and boys basketball coach and head baseball coach during his tenure in Blevins.

Hoglund came to Hope High School in 2002, where he taught Advanced Placement history, AP government and politics and street law, as well was earth science, Pre-AP and AP biology. He has coached varsity football, baseball and golf, and junior varsity boys basketball.

A graduate of Texas A&M University in Texarkana, Hoglund received his bachelor’s degree in general studies in 2000, and he was awarded a master of education degree from Texas A&M-Texarkana in 2002.

He is a former AHSAAA Newcomer of the Year, a former Teacher of the Month, and he attended the Bill and Melinda Gates Foundation Connecting Teachers to Teachers group.

Hoglund has been active previously in the Kiwanis Club and Rotary Club, is past president of the Hempstead County United Way, and he and his family are members of First United Methodist Church. He is a former “voice” of the HHS Bobcats football radio broadcast and he has been active in local youth football for many years.

Prior to entering public education, Hoglund was the owner and manager of a local radio broadcast station.

Also Monday night, the Hope board named Alicia Thompson as a math teacher at Hope High School, and accepted the retirement of sixth grade teachers Carolyn McCorkle and Brenda Powell. 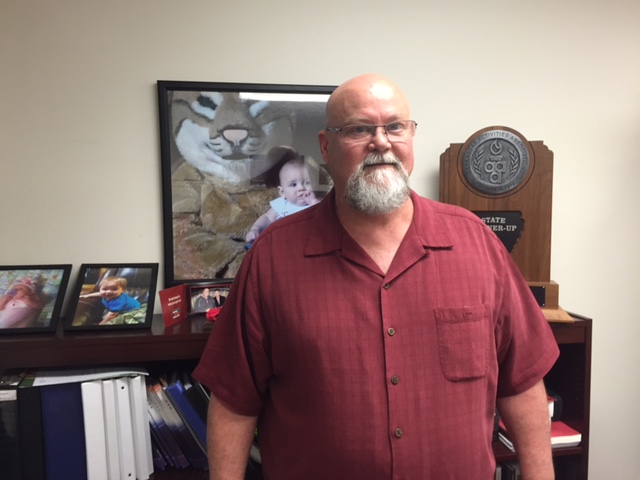