This search form uses an instant search feature. As you type, search results will appear automatically below the search field. When you've entered you desired search terms use tab to navigate through the available results and hit enter to open the selected page or document.
Obituary - Shirley Cooper
Ken McLemore
Wednesday, June 01, 2016

Mrs. Shirley Allen Cooper a long time resident of Hope departed this life on Saturday, the 28th of May, 2016.

Born November 18th, 1942, Shirley was an only child to Harvey Allen and Hattie Jackson Allen. She was a homemaker and retired school teacher having taught in Hempstead and Nevada Counties. She was Hope Educator of the year in 1996. She was an active member of Unity Baptist Church, Hope where she sang in the choir, enjoyed WMA and Good Timers.

Shirley was everyone's friend and was a very giving person. She was always looking for special gifts and cards to brighten friends and families lives. She was devoted to her family and worked tirelessly for the cause of Christ.

She was preceded in death by her father, Harvey Carl Allen and her mother, Hattie Charlene Jackson Allen. 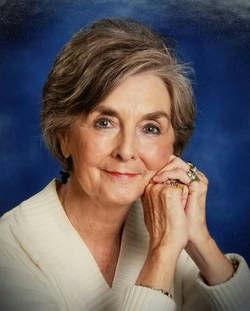