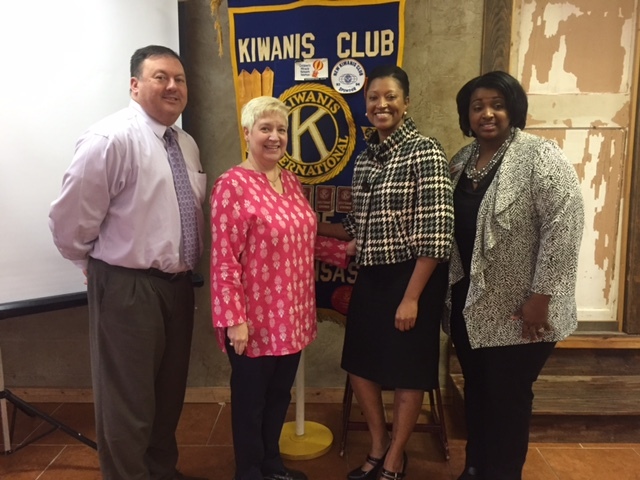 HOPE – Harvard Medical School research has shown that 85 percent of a child’s brain architecture is in place by age five. Consequently, the learning curve for each child literally hits its peak in the first five years of life, Dr. Charlotte Green, assistant professor of education at the University of Central Arkansas, told the Hope Kiwanis Club here Tuesday.

That focus is at the heart of a literacy initiative established by country music legend Dolly Parton, which the Hope Public School District is seeking to bring to Hope and Hempstead County.

“Our goal is that one day each child that is born gets a book each month of their life until age five,” said Dr. Green, who is also the director of the Arkansas Imagination Library, a partner of the Dolly Parton Imagination Library established by Parton in her hometown of Pigeon Forge, Tenn.

The importance of access to books in the early years of life stems from the evidence in the Harvard study, Green said.

“If 85 percent of brain development is complete by age five, if I want to impact learning, it starts here,” she said.

Green, of Conway, is a national consultant, author, and experience teacher, principal and district administrator. She said the relationship between parental interaction with children in the formative first year of life through age five is vital to the foundation for a child’s learning thereafter.

“Playing really is building the architecture of the brain,” she said.

The same thing applies to reading to a child in that timeframe because it builds upon the “serve and return” relationship between parent and child in which the child initiates contact through cooing, babbling, or action, and the parent returns similar interaction, Green said.

This kind of relationship creates learning where parents relate sounds and objects to the child to develop early vocabulary, such as pointing to a picture of a cat and pronouncing the word “cat;” and, higher order learning that equates certain sounds with symbols, such as letters, to learn the alphabet and to read.

Green said the changes effected in a child’s brain between birth and age five are akin to the difference between “dial-up” and “fiber-optic” internet in the delivery of information that can be learned.

“Do you know what data is used to predict the number of beds that will be needed in prisons?” Green asked.

Green said research has shown that if a child reads on the third grade level by the time they reach the third grade, they have a greater chance for academic and social success in life.

The Dolly Parton Imagination Library initiative “is an open door for every community,” Green said, in that it works through community partners to provide books free to every child within a community between birth and age five.

She said the books are appropriately age-level so that every child receives a book on his or her age level. The average cost to local partners for the program is $25 per child per year, roughly $2 per month.

Green said the DPIL pays for operational overhead and logistics, providing everything necessary for the national program to operate.

She said that in Arkansas, the Arkansas Baptist Hospital System is currently considering becoming a statewide partner in each of its service communities, as is Security Bank in Arkansas.

“You don’t need a hospital; but, you do need a local partner,” Green said.

The partnership requires a non-profit 501c3 tax status and an institutional funding partner. The Hope Kiwanis Club is exploring its participation as a 501c3 partner, and the Hope Public School District is working with the DPIL to become an institutional partner.

Under the DPIL system, local partners enroll children at birth through age five within their partnership area; pay approximately $2 per month per child toward wholesale purchase and mailing of books; and, work within the community to expand the program.

No timeline has been announced for the program in the Hope school district, but campus administrators and district administration are currently working with the DPIL and Green. 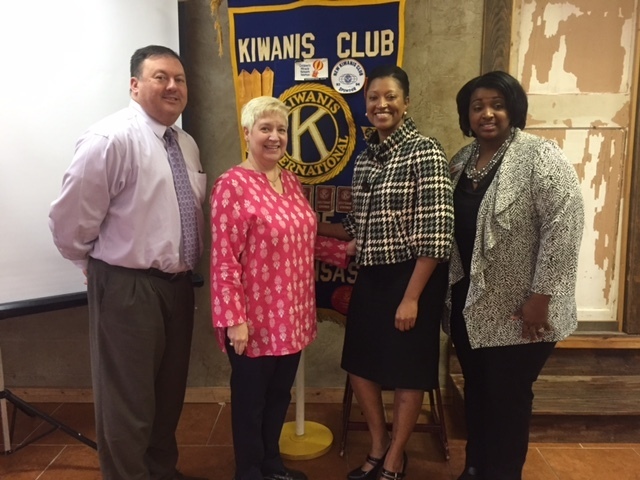