This search form uses an instant search feature. As you type, search results will appear automatically below the search field. When you've entered you desired search terms use tab to navigate through the available results and hit enter to open the selected page or document.
Staying in class gets major push
Ken McLemore, Hope Public Schools
Friday, August 26, 2016

HOPE – The Hope Public School District has committed to an attendance goal of 70 percent of students missing five or few days per semester.

HPSD Superintendent Bobby Hart said the goal is tied to recognized research concerning the relationship between school attendance and success in life after high school graduation.

“We see a definite correlation between attendance and academic success,” Hart said. “We also see data that tells us on any given day 6-10 percent of our schools’ population could be absent.”

Putting the percentages into perspective, Hart said that means as many as 250 students in the HPSD may be absent on any given school day.

“We would like to be able to sit down with parents in conjunction with their employers to show employers and employees the benefit of having their children in school,” Hart said.

He pointed out that the cumulative value of lost employee time for local employers from parents who must leave work to resolve attendance issues concerning their children can be substantial for both employer and employee.

“It affects the bottom line for both employer and employee,” Hart said.

He said the problem of excessive absentees also produces family stresses that affect employment when children fail to attend school because of inadequate clothing, nutrition or transportation issues.

The HPSD currently provides bus transportation throughout the district and offers free breakfast and lunch meals for every student enrolled in district schools. Hart said extending those kinds of “wrap around” services to other areas is being explored as a part of the “Strive for Five” initiative.

“We realize the opportunities that exist for unsafe behavior to take place when children aren’t in school,” he said.

Consequently, Hart said the district intends to be proactive.

Schools throughout the district will develop incentive plans for students who reach the goal of having five or fewer absences per semester, Hart said.

Promotional activities at each campus as well as districtwide will be conducted through the semester to maintain awareness and active participation, he said.

Students at the Beryl Henry Elementary School campus produced their own campus logo for the initiative through a school-wide contest recently. The winners were recognized in the local press and on campus and district social media, and the over-all winner’s logo will be incorporated into posters for distribution on campus, according to BHE Principal Dr. Roy Turner.

The district will also launch a Labor Day roll out of advertising and social media campaigns designed to create awareness of the problem and its consequences, Hart said.

He said the district will also research student, parent and community attitudes toward attendance through polling activities to augment responses on both the district and campus level. 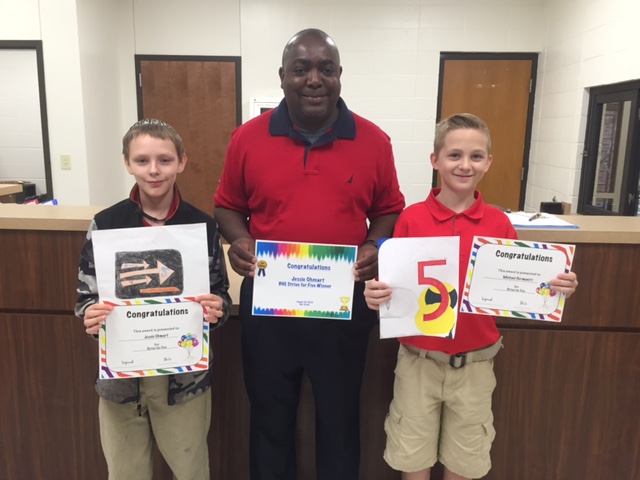