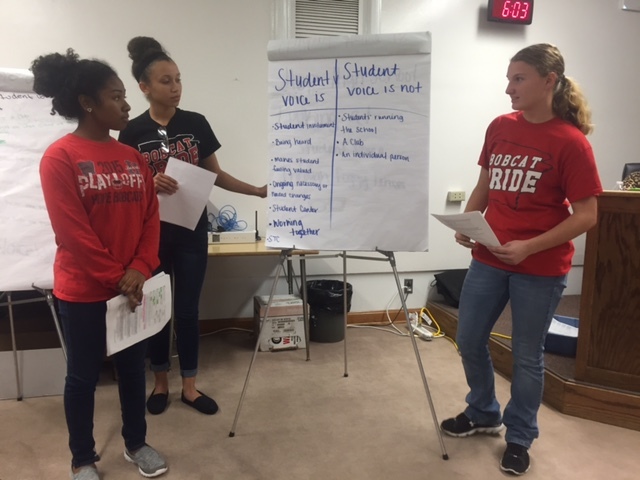 Student Voice is a growing initiative nationwide to produce greater collaboration between students and teachers in the public schools. Students from HHS and YMS attended a conference on the concept at Petit Jean State Park earlier this year.

Phillips said that Student voice is not intended to be another school club, and is not to be used to air ordinary “gripes,” or pursue any individual agenda.

“Student Voice is not the students running the school,” she said.

SanPedro characterized the idea as a means to create a “positive student voice” on each campus, while Wallace noted that YMS students want to create a distinctive campus voice that is not overshadowed by HHS.

“It is to improve student and teacher interaction to promote a positive atmosphere for students learning and the education process,” she said.

Cabriales said the intent is for a “meaningful collaboration.”

The presentations by both teams stemmed from work done at the Petit Jean conference which was intended to produce “action steps” for each team to take back to their individual campus.

“With this, they are more engaged, have progress, and self worth,” Phillips said. “Students are the potential, not the problem.”

Superintendent Bobby Hart asked the students how they envision the initiative developing.

Curtis said inclusiveness is the goal.

They said teachers also wanted to know whether students cared about their education and why they did not if that was the case.

Hart invited the two teams to provide regular updates for the administration and the board. 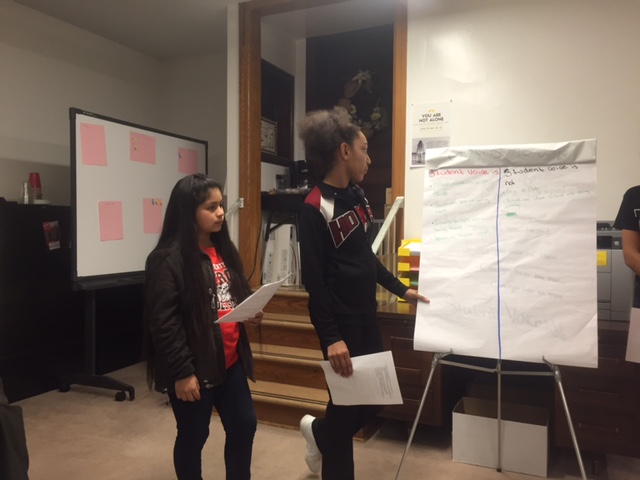