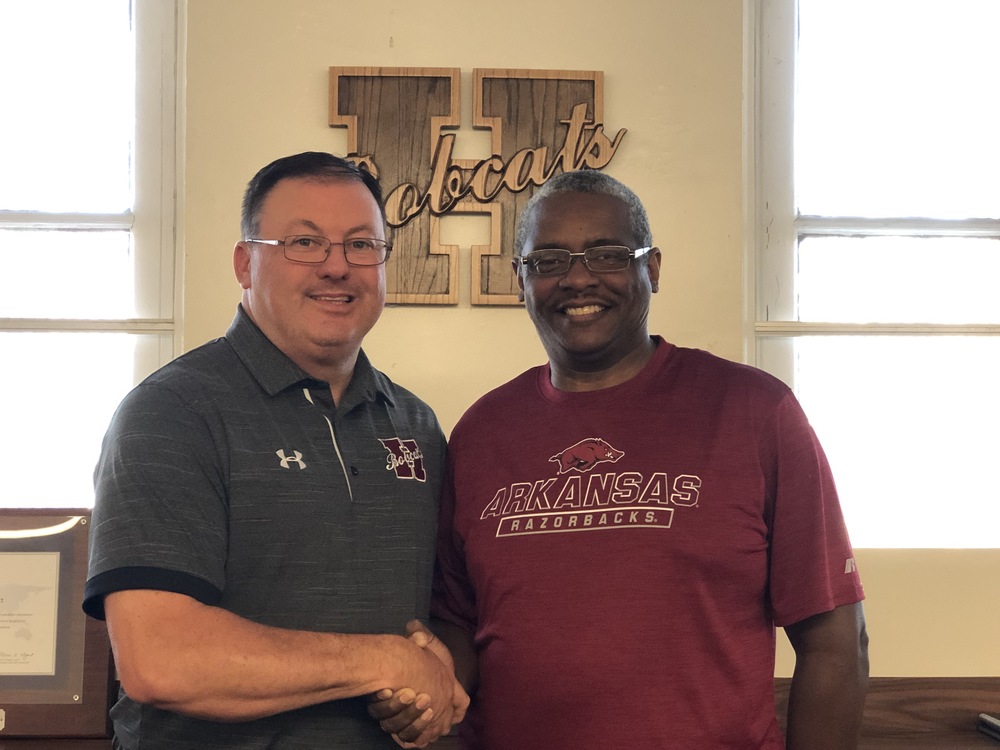 HOPE – A new member was seated on the Hope Public Schools Board here Monday night, and current board president Willie Buck was awarded the gavel for a new term.

Alvis Hamilton was elected to the board without opposition from Zone 7 in May, replacing former board member Jesus Coronado, who did not seek re-election.

“We are excited for his service as a board member,” Dr. Hart said in welcoming Hamilton.

Hamilton is retired from U. S. military service and previously served as a Hope Police Department School Resource Officer for the HPS. He served 22 years active duty in the U. S. Army, having chosen military service over a music scholarship to Southern Arkansas University in 1982.

Hamilton graduated from basic training at Fort Sill, Oklahoma, and from Advanced Individual Training, Lance Missile Crew, in 1982. He retired from the military as a sergeant first class after eight years of reservist duty after leaving active duty service.

Hamilton is certified as a police officer from the Arkansas Law Enforcement Training Academy, and he is currently in the funeral services program at the University of Arkansas – Hope. He and his wife, Denetrice, have a blended family, and Hamilton is currently the associate pastor at St. James Missionary Baptist Church in Lewisville.

Buck, first elected as board president in 2016, was given the post for another year by acclamation, as were Vice President Linda Haynes and Secretary Kathryn Dickinson. Coronado previously served as board secretary.

Both Dickinson, representing Zone 6, and Zone 4 Representative Jimmy Courtney were re-elected to the board in May without opposition.