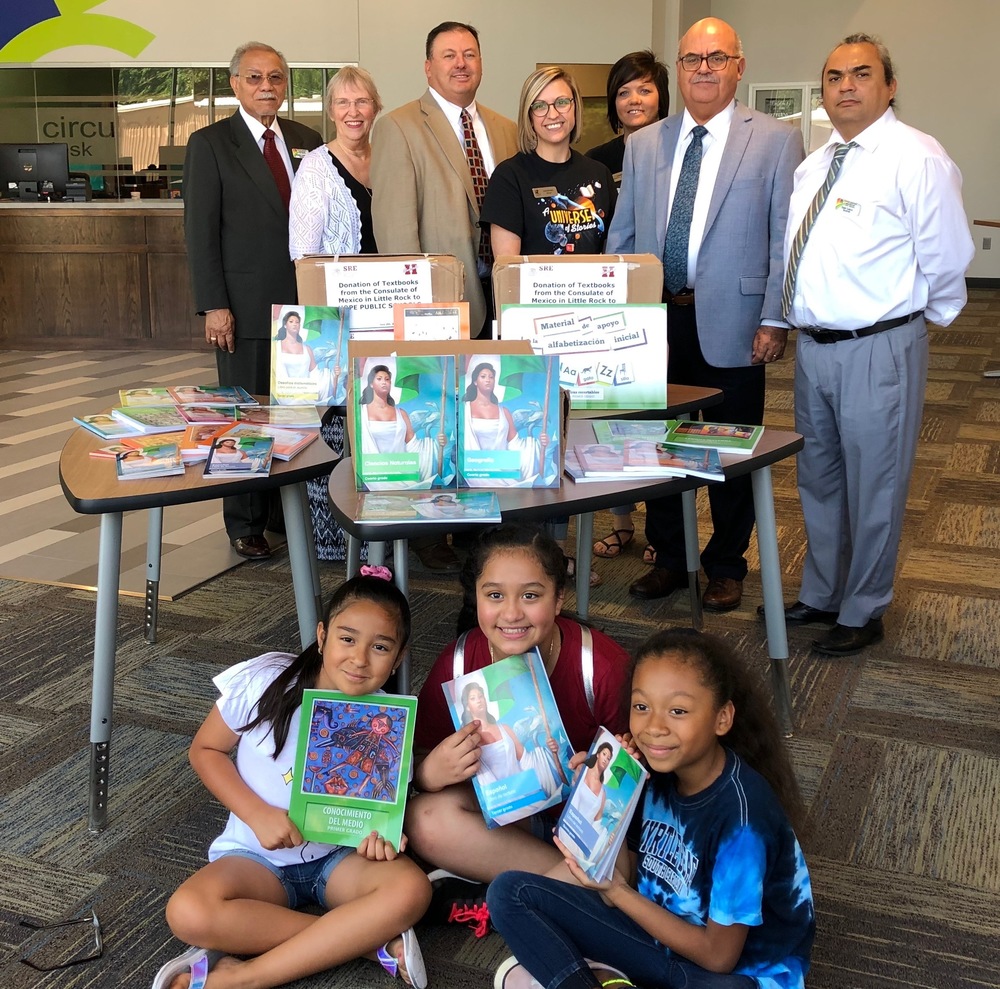 HOPE – A trove of Spanish-language textbooks, designed to encourage Spanish literacy among Hispanic nationals in Hope, has been donated to the Hope Public Schools by the Government of Mexico.

Counsul of Mexico Rodolfo Quilantan Arenas, from Little Rock, made the presentation to Hope Public Schools Superintendent Dr. Bobby Hart as part of an international understandings tour and fact-finding visit to Hope.

“The connections are there,” Arenas said of the historic relationships between the United States and Mexico. “The donation of these books is to go to the school district to help Mexican students make the transition.”

The textbooks for grades K-6 involve reading, math and science study, and are intended to allow Hispanic parents to help their students in those subjects while fostering literacy in their native language.

Arenas said the donation is part of a general effort by the consular offices of Mexico to make Spanish-language literacy a partner with English literacy to enhance the ability of Hispanic students to succeed in both cultures.

He said the inter-relationships of Mexican families living in the United States helps both nations not only strengthen the financial well-being of families, but also broaden the education of the next generation of Hispanic children.

“There are more fans of the Dallas Cowboys in Mexico than in Dallas,” Arenas quipped.

The book donation to the HPS was one of two such donations, as Arenas also donated Spanish-language books to the Hempstead County Library. The two events were part of a day of fact-finding visits with Hope officials and community leaders, which also sought local support for the development of a Latino Heritage Museum in Hope.