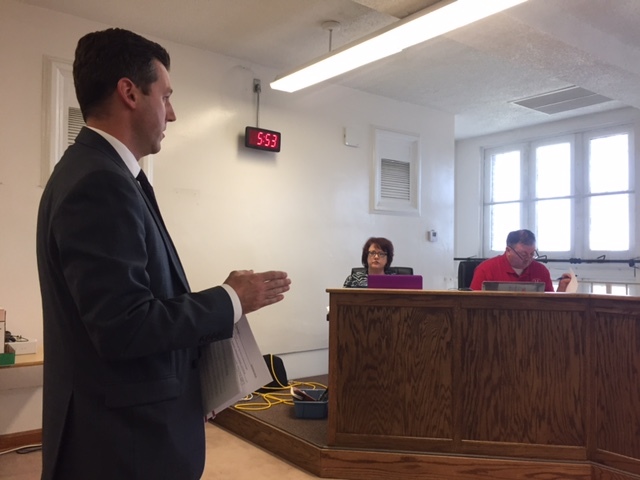 Bond advisor Jason Holsclaw, representing Stephen’s, Inc., of Little Rock, told the board that new savings over the life of the 2012 series bonds, issued as part of the financing for expansion of the Beryl Henry Elementary School building, will be about $485,000 because of declining interest rates.

Holsclaw said the board refinanced the series 2012 bonds as part of a $6 million revenue bond package in January to recognize an initial shift interest rates.

“Tonight, we will do the exact same thing,” he said.

The change will not affect the amortization period for the bonds, or the funds available, but will allow the board to recoup savings from interest costs up front within five years, Holsclaw said.

Trustee Denny Dickinson asked what sort of deadline was involved to effectively cut the district’s rate. Holsclaw said four to six weeks is the typical window.

He said the district will also no longer be restricted in its use of the savings.

“The legislature just passed a law that no longer restricts the savings to exclusively academic expenditures; so, you can use it however you want to,” Holsclaw said.

The anticipated new rate should save the district as much as one-half an interest point.

“One of the continuing themes on all our campuses is a decline in discipline referrals,” Hart said.

He said quarterly reports from the Hope Academy of Public Service showed zero failures and few discipline referrals, while academic growth was noticeable at Clinton Primary School. Attendance rates at Beryl Henry Elementary School were at 97 percent for the quarter.

“I think we’re starting to make some inroads into climate and culture,” he said.

Hart noted a number of points of pride from the current quarter, including:

“We had a really nice conversation,” he said.

Hart said he sees genuine potential to learn from those families how to provide resources and virtual instruction for their children through the district.

“We’re really close on having a virtual academy,” Hart said.

He said he anticipates meeting with other parents to learn more.