HOPE – The Hope Public Schools Board took the next step in a $6 million bond issue project to renovate and expand Beryl Henry Elementary School here Monday night, naming a Texarkana general contractor to do the work.

The McDougal Group, a limited liability company formed in 2007 between Gary and Phillip McDougal and Ideal Construction, won the contract among four bidders. The TMG bid of $4,447,000 included a $235,000 alternate, bringing the realized bid for the project to $4.212 million.

Dayco Construction, of Damascus, Ar., was the next-low bidder with a base bid of $4.35 million and a deductible alternate of $72,906, for a realized bid of $4.286 million. Bids were also submitted by Flynco, Inc., of Little Rock, at a base price of $4.754 million with no alternate, and from Contech Contractors, Inc.,of Texarkana, at a base bid of $5.253 million.

TMG provides general contracting services for commercial, private and public buildings, having built a $1.2 million classroom addition for the Genoa Public Schools in 2008; a new central administration complex and campus gymnasium renovations for the Texarkana Public Schools in 2007; and a $5 million classroom and gymnasium project for the Lafayette County School District in Stamps in 2009.

The Beryl Henry Elementary School project will include removal of metal buildings from the campus which have been in use some 30 years to make room for the addition of some 25,000 square feet of academic and office space and a 3,000-square foot activities room.

The project is being funded largely through the refinance of series 2009/2012 bonds, some $2 million of which will be retired and the aggregate of the debt extended to 2041 without any change in the school district tax rate. Those bonds were sold by Stephens, Inc., of Little Rock in October, 2015.

The contract marks a departure from recent projects by the district which were built by Dayco; and, Hope Superintendent Bobby Hart explained the basis for his recommendation.

“After some discussions, we determined if we take the alternates out, the McDougal Group is the low bid,” Hart said. “The alternate is the cost of taking out and replacing the bus drive.”

Board President Joe Short asked whether the consideration of the alternate bids was discussed with the architect for the project, and Hart said that was part of the basis for the decision.

“This is actually part of the bid,” he explained.

The board also agreed to advertise to employ an in-house school improvement specialist. Hart said the contract which the district has had with consultants providing those services has cost about $125,000 per year for less than a full teaching year of work.

The district is required to obtain the services of a school improvement specialist because of the academic distress status of one or more campus within the district. Hart said hiring such a specialist in-house will meet the state requirement.

“It would allow us to have someone on staff every day,” Hart said. “If we have this person in place we can say we have our own person.”

The position will not only require professional teaching licensure and previous experience but also three to five years of administrative level experience.

Hart introduced HHS senior Lilly Garcilazo, who was named by ALT Magazine as one of its Top 10 Seniors in the ArkLaTex region for 2016. Garcilazo will graduate in May at age 16, and has completed concurrent credit courses at the University of Arkansas Hope-Texarkana as a Certified Nursing Assistant.

The board also approved purchases, including:

--Approved a request from Rainbow of Challenges for use of HHS track facilities for its Special Olympics.

--Heard a report on final audit recommendations, including policies on bus driver/mechanic compensation and segregation of fiscal employee duties. 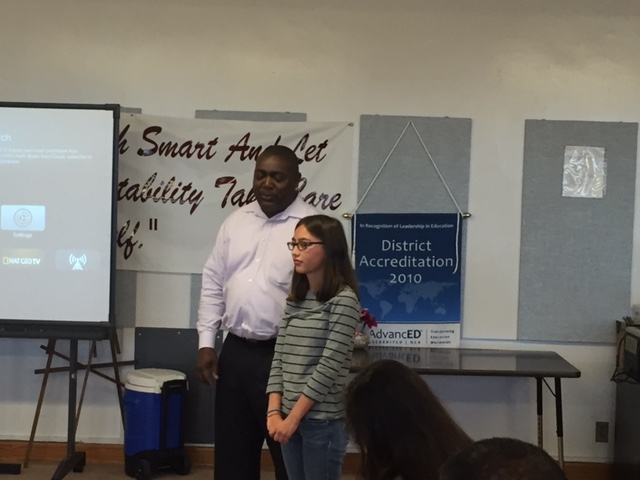