Induction ceremonies were conducted digitally this year to comply with COVID-19 protocols, and the video presentation may be accessed at https://www.youtube.com/watch?v=6y9Wuqubi7A on YouTube online.

The new inductees have almost two centuries of public education service among them, all six having begun their careers as classroom teachers. Five of the six honorees have served as administrators at the campus or district level and two have been groundbreaking counselors.

All six inductees have earned at least one advanced degree and/or administrative certification, while one has been mayor of Hope, one has been superintendent of schools in Hope, one was an ordained minister, and one has served on the Hope Public Schools Board.

Four of the six are Hope natives and three of the honorees have coached athletics teams.

The six honorees comprise the third class of the HPSD Educator Hall of Fame since the inaugural class was selected during the Hempstead County Bicentennial year in 2018. 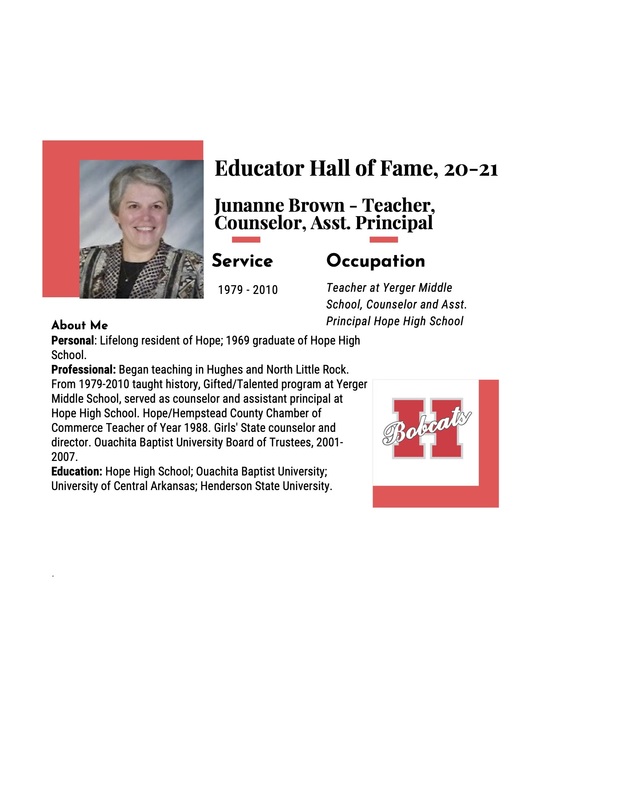 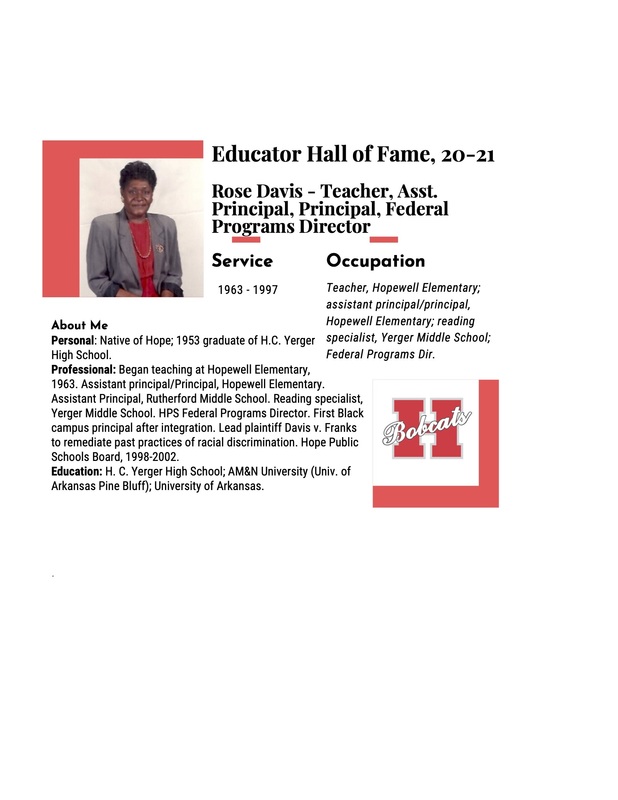 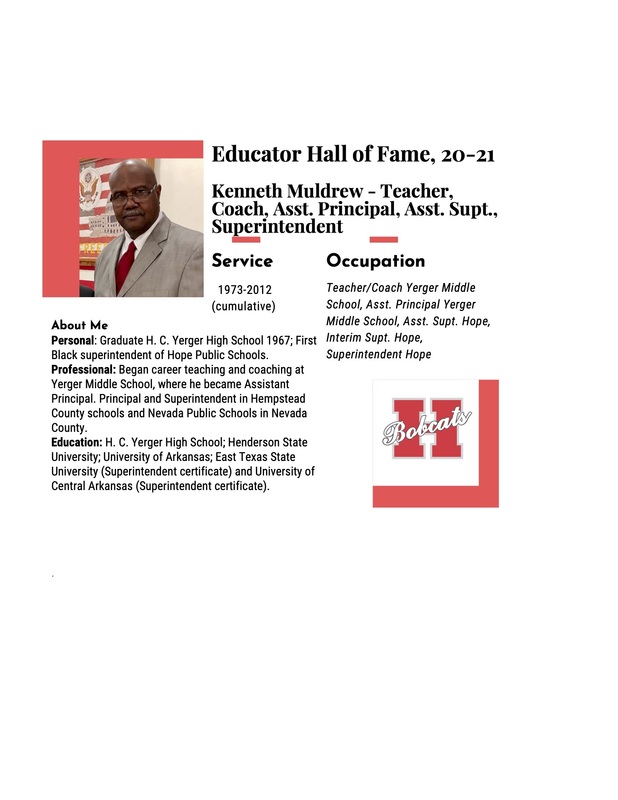 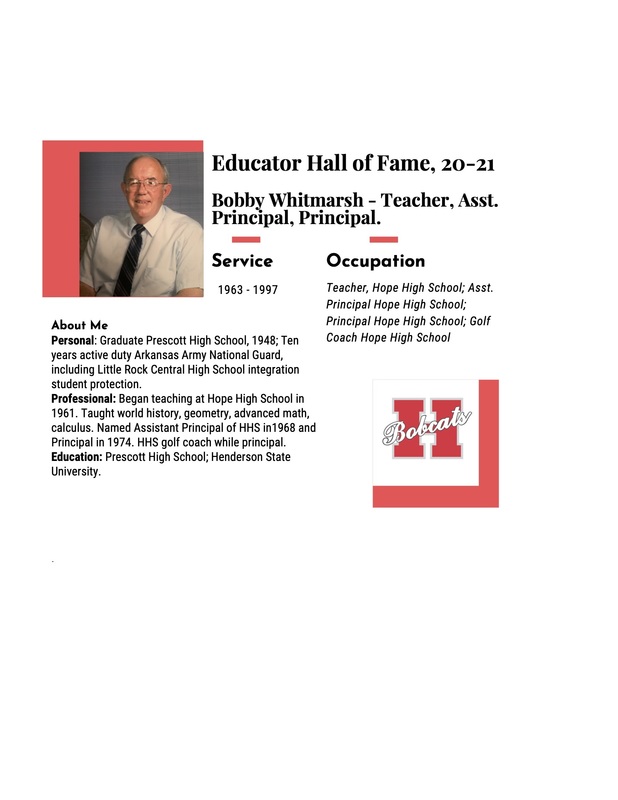 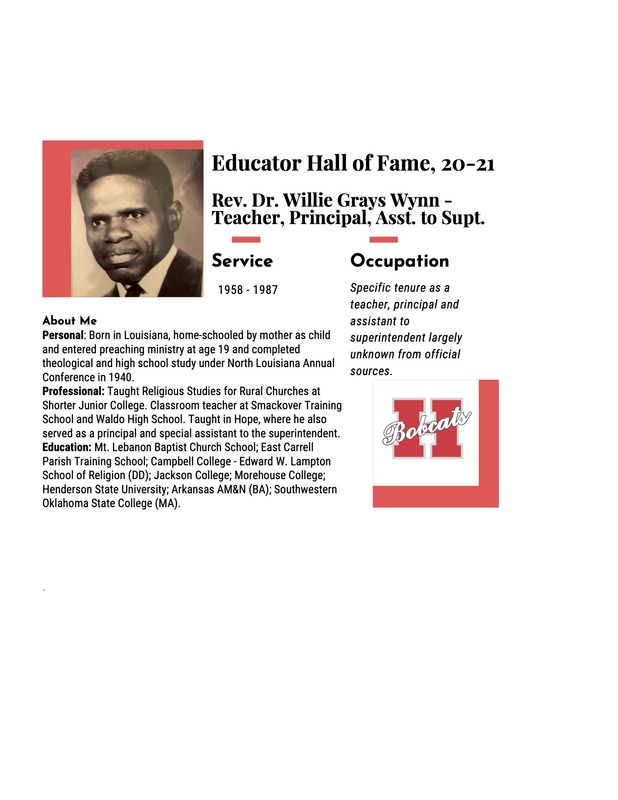 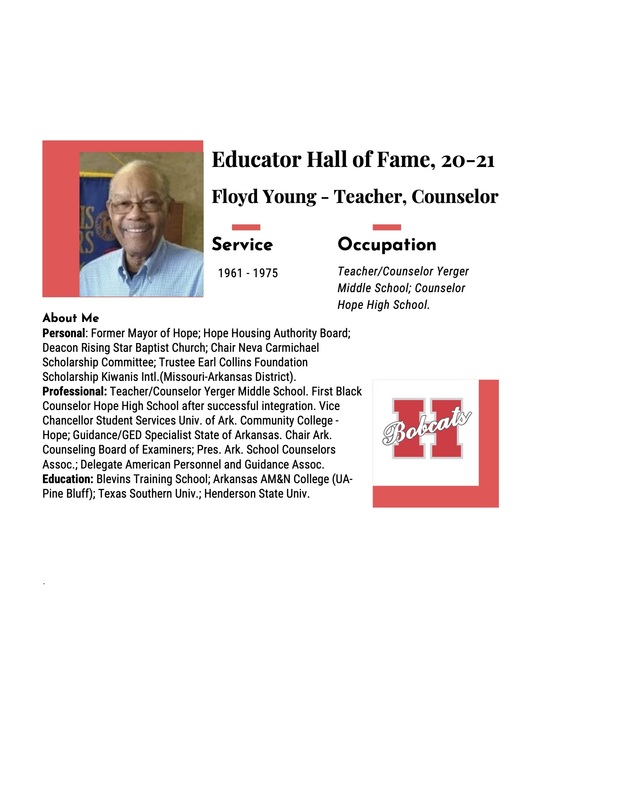