(First of a series of four introductions to finalists in the search for a Hope Public Schools superintendent.)

HOPE – Among the key elements of Dr. Roy Turner’s resume as one of four finalists to become the next superintendent of the Hope Public Schools is a career that has been centered in Hope.

Dr. Turner came to the HPS in 1990 as an elementary school classroom teacher and has remained to become Assistant Principal and Principal at Beryl Henry Elementary School in 2001 and 2005, respectively.

Reference research compiled by consultants for the McPherson-Jacobson, LLC, search firm retained by the HPS Board of Education characterize Turner as “a Bobcat to the core.”

“I have never met a principal who was more passionate about ALL students achieving and succeeding academically,” a former colleague told Dr. Williams.

The theme is repeated, Williams noted in his report to the school board.

“One former colleague said, ‘If your district is looking for an outstanding professional who is knowledgeable, you will get one of the best in the state of Arkansas in Dr. Roy Turner,’” Williams reported.

Turner is characterized generally as respected by students and staff, energetic, accessible, highly collaborative, a skilled listener and cool under pressure as someone who is proactive in addressing potential issues and problems and is willing to work beyond the call of duty. BHE has also received multiple state educational improvement awards under Turner’s leadership.

Dr. Turner is currently Principal of Beryl Henry Elementary School, having graduated from Southern Arkansas University in Magnolia with a BS in Elementary Education in 1990. Turner received his MS in 1993 from Henderson State University and was awarded the Educational Specialist degree from the University of Arkansas, Fayetteville, in 2003. He received his doctorate from the University of Arkansas, Fayetteville, in 2014 and has served his entire educational career in the Hope Public Schools.

The board will interview each candidate in a formal executive session after day-long introductory campus tours and focus group meetings with students, administrators, faculty and staff May 24 -27. Each candidate and their spouse will meet with the full board for dinner prior to the formal two-hour interview with the board at the end of the day. Turner was interviewed May 24. The board is expected to name a new superintendent June 1 who will assume duties here on July 1. 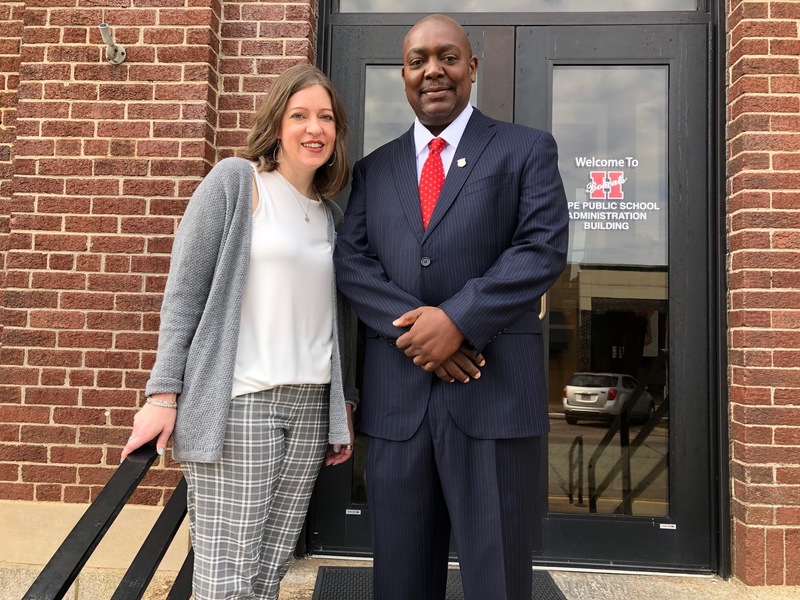