HOPE – The range and depth of public education experience of Little Rock Southwest High School Principal Marvin Burton is reflected in Burton’s resume as one of four finalists seeking to become the next superintendent of the Hope Public Schools.

Burton is a graduate of Arkansas State University with a BS in Zoology who studied at the University of Arkansas at Little Rock before obtaining his MS from ASU in 1989. He received a Specialist in Education degree from Henderson State University in Arkadelphia in 2008. Burton served as an assistant principal in the Little Rock School District from 1999-2003. He was Associate Superintendent for Secondary Schools in the Little Rock district from 2011-2013, when he became Deputy Superintendent of the Little Rock School District until 2020. Burton has since taken on the responsibility for overseeing construction and operations as principal of the Southwest High School in Little Rock.

Reference research compiled by Dr. Kieth Williams, lead consultant for the McPherson-Jacobson, LLC, search firm retained by the HPS Board of Education, characterizes Burton as a strong educational leader throughout his career.

“The experience gained as Interim Superintendent, Deputy Superintendent and the Principal position has required involvement with all aspects of daily operations such as finances, staffing, community, parents, students, academics, and athletics/extra-curricular activities,” Dr. Williams reported. “His background has allowed him to gain the global perspective of the management of a district.”

A native of Proctor, Ark., Burton’s background steeped him in an understanding of public education in rural Arkansas, Williams reported.

Burton is described as having a strong sense of integrity, someone who values relationships and collaboration with a professional disposition that both commands and offers respect.

“He is a collaborative leader and involves students, parents, business, and community in decision making,” Williams reported. “He does not view nor accept parents’ role as being passive in the education of their children.”

Burton was selected specifically for the responsibility of bringing the Southwest High School campus in Little Rock to fruition.

“He selected over 150 new staff for Southwest HS, purchased all of the equipment, materials and supplies, and assembled a new school with students attending from four or more high schools within the district,” Williams reported.

His depth of knowledge is a recurring theme in reference research concerning Burton.

“References make note of his general knowledge of the many areas necessary to serve as superintendent: academics, curriculum/instruction, finance/budgets, human resource component, and the political element in school administration,” Williams reported. “He understands Arkansas public education and the political environment. He is very experienced in law and has worked with legal counsel on all types of school issues.”

The board will interview each candidate in a formal executive session after day-long introductory campus tours and focus group meetings with students, administrators, faculty and staff May 24 -27. Each candidate and their spouse will meet with the full board for dinner prior to the formal two-hour interview with the board at the end of the day. Burton was interviewed May 26. The board is expected to name a new superintendent June 1 who will assume duties here on July 1. 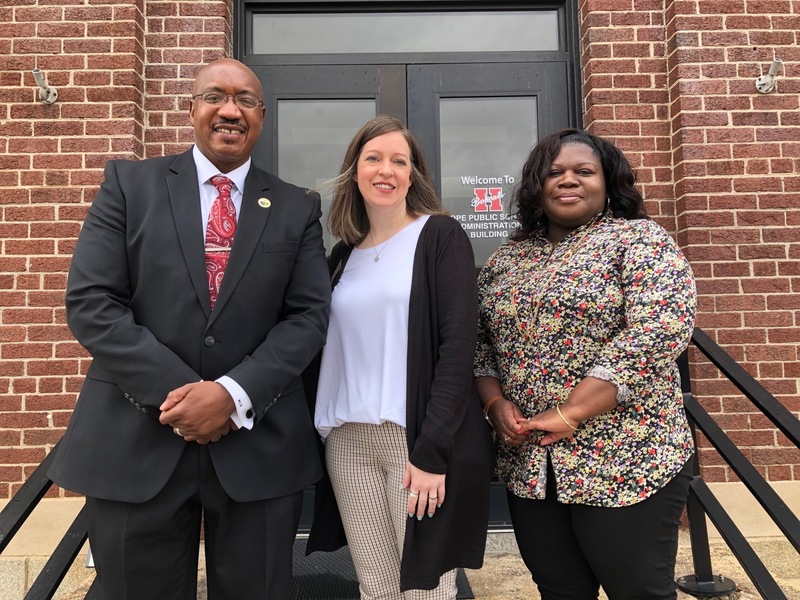