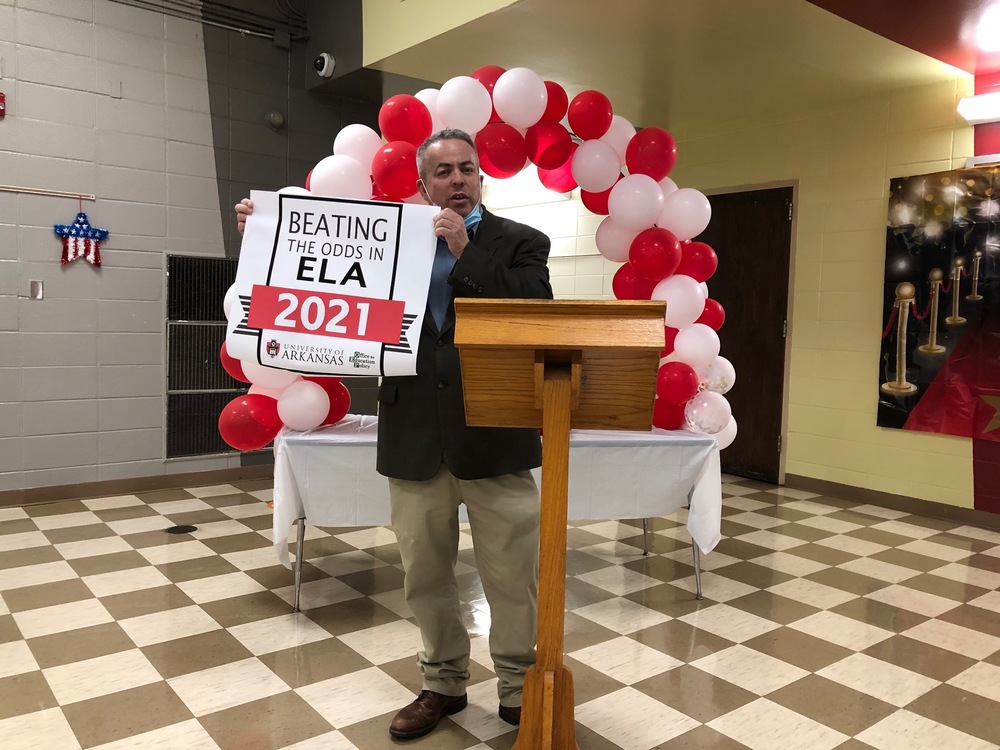 HOPE – Yerger Middle School Principal Mike Radebaugh brought history into perspective for the Hope Public Schools Board of Education as the board met for its January, 2022, session on what is arguably the oldest HPS campus in continual use today.

“This campus has the richest history in Hope Public Schools District education on these grounds since 1886,” Radebaugh said.

The YMS campus is on the grounds of the historically Black school originally established on South Hazel Street, moved later to Shover Street and named for its pioneering educator Dr. Henry C. Yerger in 1931. Radebaugh said since the days of the Yerger Tigers of then Yerger High School, the campus has been an important part of Hope’s history and the educational excellence fostered by Dr. Yerger’s early leadership.

Radebaugh displayed the official seal awarded by the University of Arkansas Office for Education Policy designating Yerger as a “Beating the Odds” school for English Language Arts in 2021 in making the point.

He recognized the Yerger Tigers whose children have since become Hope Bobcats as significant in that progress.

“Yerger is now completely Bobcat but we still have a little Yerger Tiger in our hearts,” Radebaugh said.

Gulley also reviewed the Project Prevent anti-smoking campaign which students presented to the Hope Lions Club and publicized through the Hope/Hempstead County Chamber of Commerce.

Strike said the YMS student government has shown the community what is best about Yerger.

“They have let the community see we have great kids here,” she said. 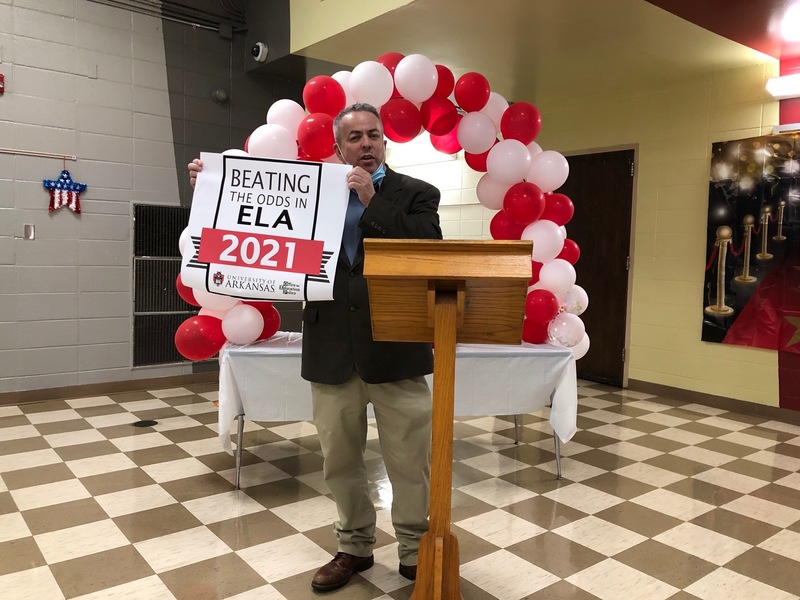 Yerger Middle School Principal Mike Radebaugh displays the Beating the Odds banner awarded YMS as one of the top five middle schools in southwest Arkansas in English Language Arts academic growth from the 2021 administration of the ACT Aspire standard test. The award was conferred by the University of Arkansas Office for Education Policy. – Ken McLemore/Hope Public Schools