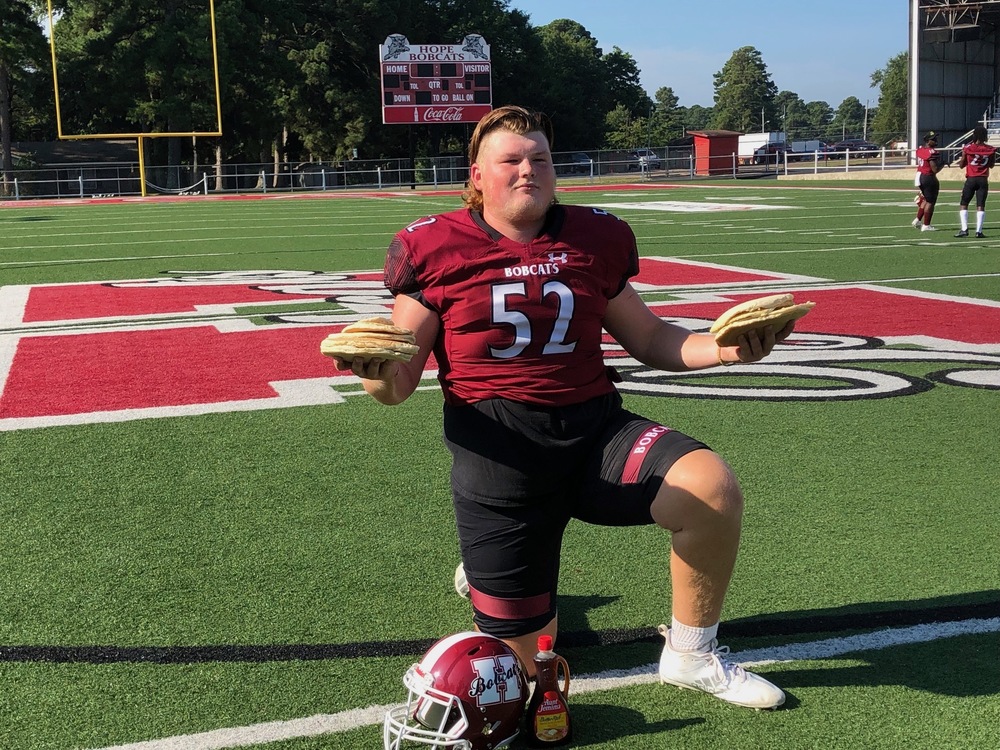 Hamilton said he looked ahead to his options as he approached his senior year.

“Actually, Arkansas has always been my dream college,” he said. “So, I decided to work really hard my senior year and do all the things I needed to do.”

The work paid off with a campus visit in Fayetteville on Jan. 22 followed by a telephone conference Jan. 25 and an introduction into the Razorback program on Thursday.

“Kai’s progression throughout the past four years has been awesome to see as a coach,” Hope Public Schools Athletics Director/Head Football Coach Phillip Turner said. “His ability to play any position on the offensive line makes him attractive to any school and that’s why I think Arkansas liked him so much.”

Hamilton was a team captain in the 2021 season, Turner said.

“His versatility and intelligence made it easy for us to coach him,” Turner said. “His attitude is awesome.”

He said Hamilton’s consistent performance, “helped us to career highs this season.”

Turner said Hamilton, who will graduate in May with an Associate of Arts degree from the University of Arkansas-Hope and as a Hope High School senior, has also been a leader academically.

“He is an awesome student; I wish I had him back for another year,” Turner said.

Hamilton plans to coordinate his football eligibility with an initial major in sports medicine to be followed by studies in nursing.

Known in Bobcat circles as Pancake Man for his preference for the “pancake block” technique, Hamilton was named All-State O/D lineman in December from the 5A-South All-Conference team. He was a key to the dominating offensive front for the Bobcats that allowed the Cats to score 411 points on the season, scoring at least two touchdowns per game as a team without being held scoreless through the entire season.

Hamilton also contributed two solo tackles and one assist on the season this year for the Bobcat line. 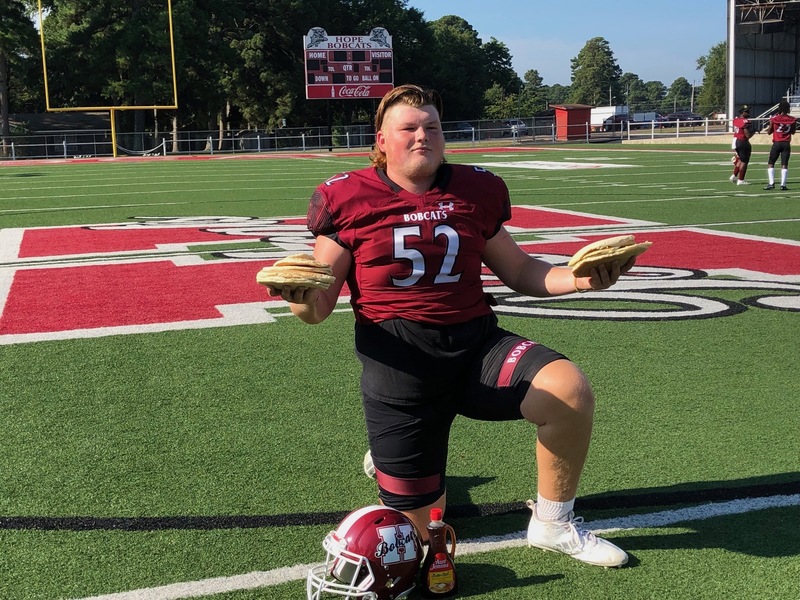 Hope High School Bobcat O/D Lineman Kai Hamilton began the 2021 football season with a goal in mind; not pancake eating, but becoming a “pancake block” specialist. Done successfully the block creates a hole for the ball carrier on offense or for defensive backs to pressure the quarterback. The maneuver is one of the skills which put Hamilton on the 5A All State Team and gained him a football scholarship at the University of Arkansas. Hamilton sealed the deal with UA in a visit to Fayetteville with his family, including little brother Kowen, mom Emily, dad David, and brother Kason. – Ken McLemore/Hope Public Schools 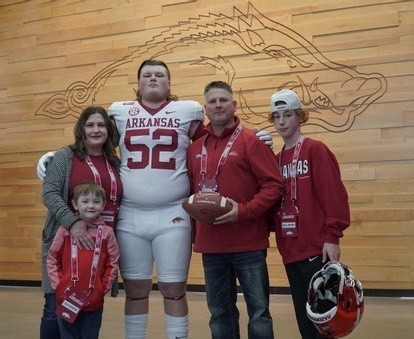 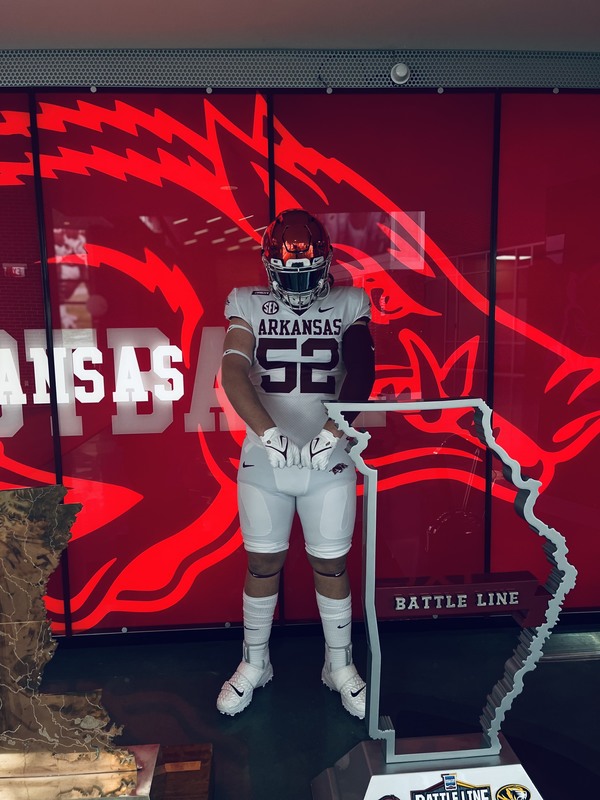 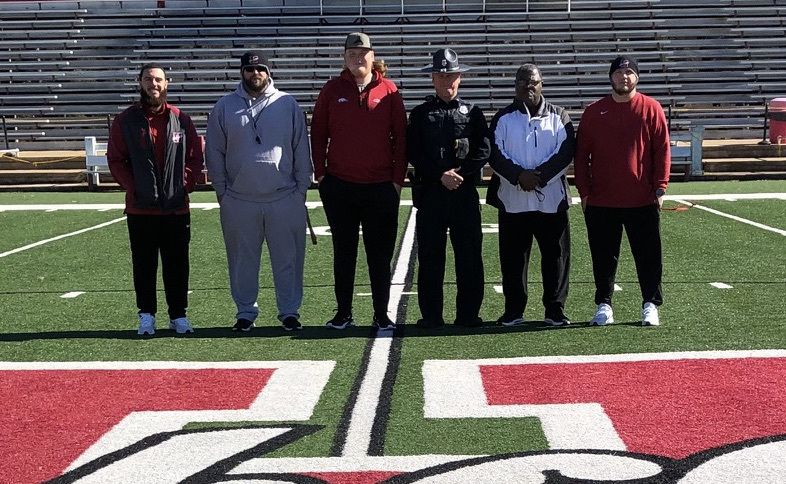