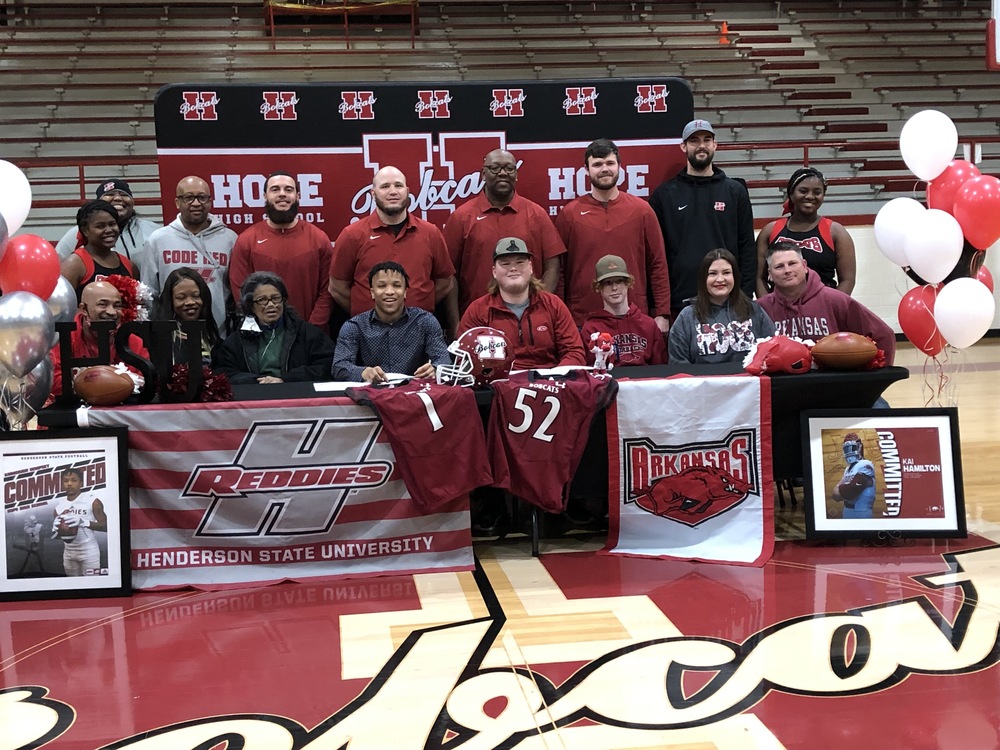 HOPE – All-State Hope Bobcat QB/DB/WR Ammorrion Dempsey and All-State Bobcat O/D Lineman Kai Hamilton made it official Monday as they signed letters of intent to play football under scholarship to Henderson State University and the University of Arkansas, respectively.

Dempsey and Hamilton represented the “foundation” class of the culture change Turner mentioned, noting that Hamilton came into the Bobcat program as a linebacker and Dempsey as a running back.

Turner said in an interview Dempsey, who passed 18/40 for 361 yards and four touchdowns while catching 13 passes for 272 yards and two touchdowns on the 2021 season, has been a model player.

“Ammorrion was our leader on the field, off the field and in the school,” he said. “He will definitely be missed by us and the entire school; he is an all-A student.”

Dempsey’s numbers demonstrated the leadership to which Turner referred as he amassed a total of 1,035 yards on 97 carries for 12 touchdowns in the 2021 season. In all, Dempsey crossed the goal line 18 times this year alone, while making 29 solo tackles with eight assists, deflecting two punts, recovering one fumble and intercepting four passes on defense.

He is a member of the National Honor Society, Future Business Leaders of America, runs track and plays basketball at HHS.

“He was a great player to coach and to be around,” Turner said. “He was one of the first to show up for practice and one of the last to leave to go home. His work ethic and competitive desire to be the best will definitely help him on the next level.”

Dempsey said he will start in the HSU Reddies program in July.

“They are big on family,” he said of the Henderson State culture. “They made me feel like I was at home. And, the coaches were straight up with me.”

Dempsey plans to major in business management and wants to play at slot receiver for the Reddies, who use the “spread” offense which Turner employs at Hope.

“He clocked 4.65 seconds in the 40,” Turner said. “And, he can make a cut on the field and still be going the same speed. He wants the ball in his hands.”

Dempsey, who played football in the Hope youth program since second grade, said he likes the presence of other Bobcat alums and the connection of some Bobcat coaches in the Reddies program.

Hamilton will graduate in May with an Associate of Arts degree from the University of Arkansas-Hope and as a Hope High School senior.

“He is an awesome student,”Turner said.

Turner said Monday Dempsey and Hamilton will be allowed a COVID-19 year of college eligibility, which Hamilton plans to utilize in an initial major in sports medicine to be followed by studies in nursing. Hamilton has said UA was always his “dream” choice.

“I thought about other schools, but UA was my dream,” he said.

Hamilton was a dominant force up front for the Bobcats that paved the way for 411 team points on the season, scoring at least two touchdowns per game as a team without being held scoreless through the entire season.

Hamilton also contributed two solo tackles and one assist on the season this year for the Bobcat line. He was also a team captain in the 2021 season.

Coach Johnny Turner said Hamilton was one of the most athletically intelligent players on the team. 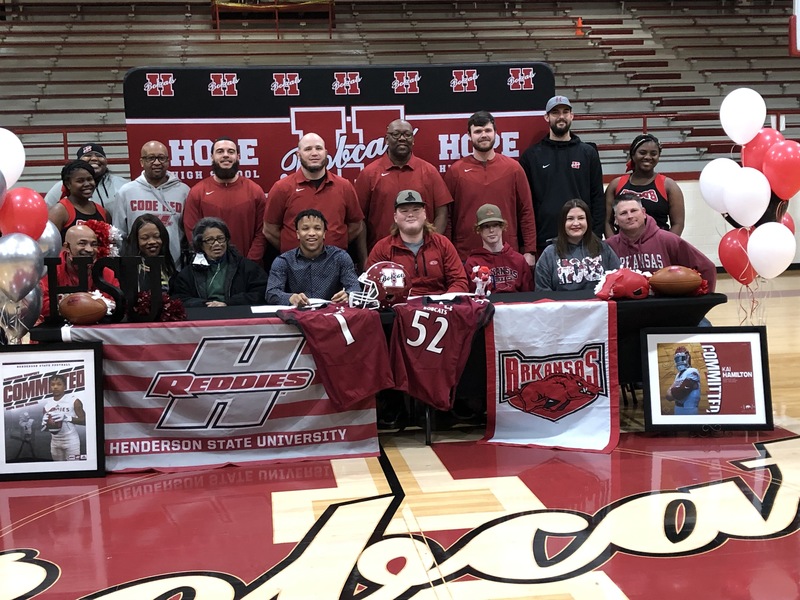 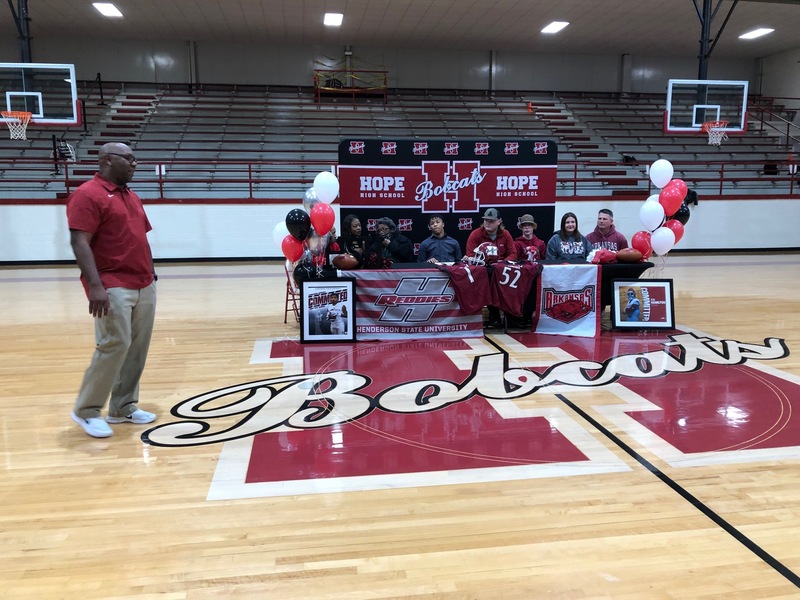 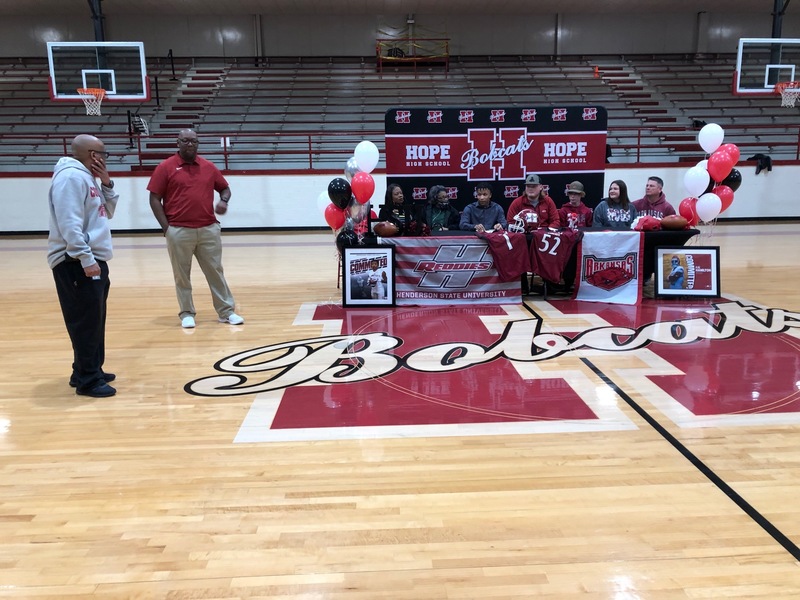 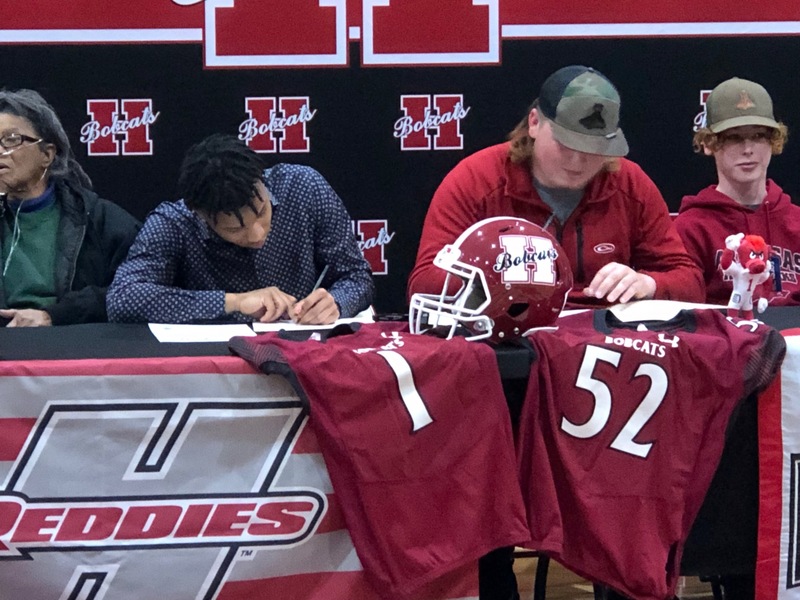 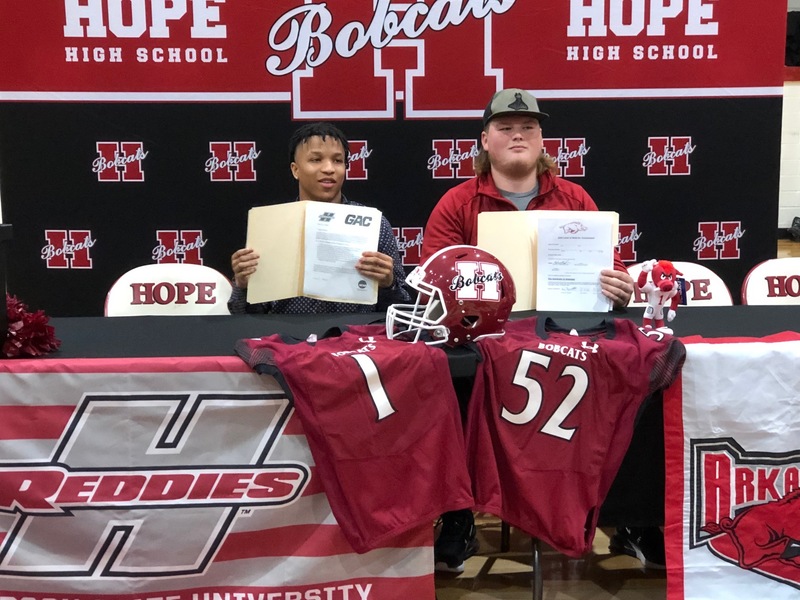 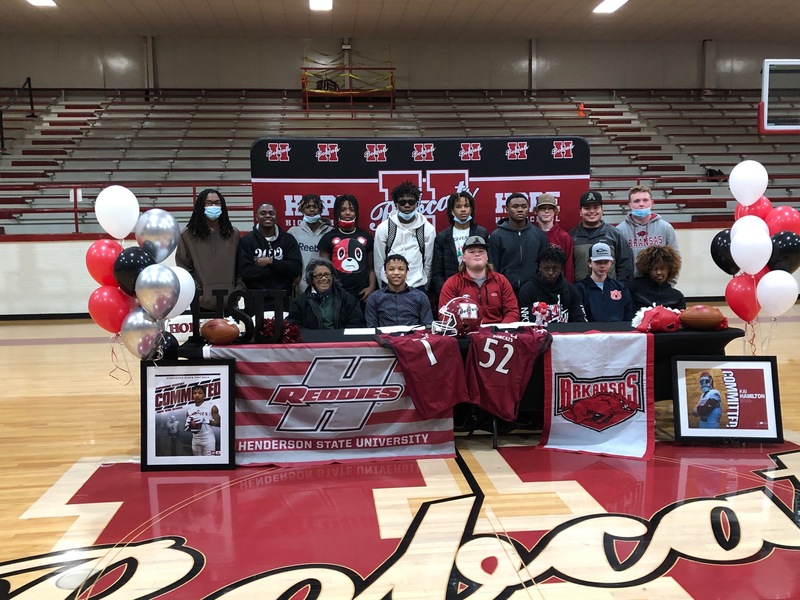 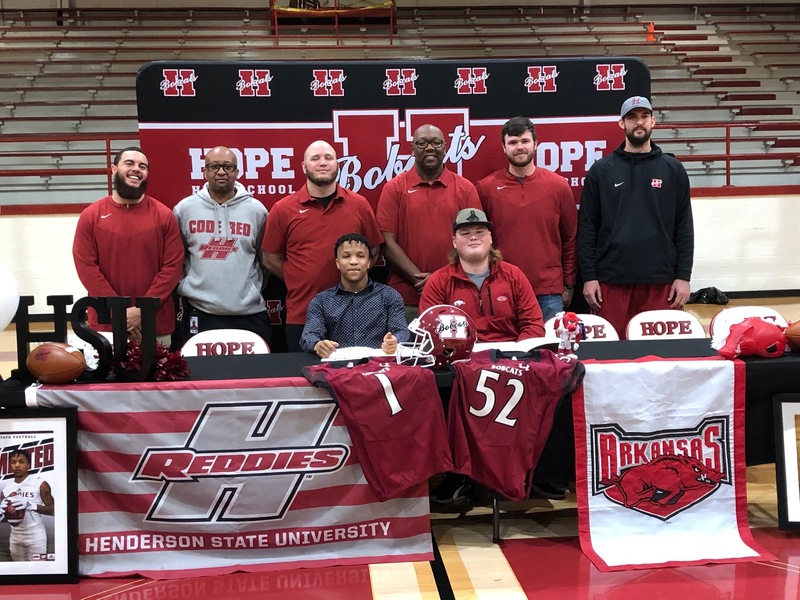