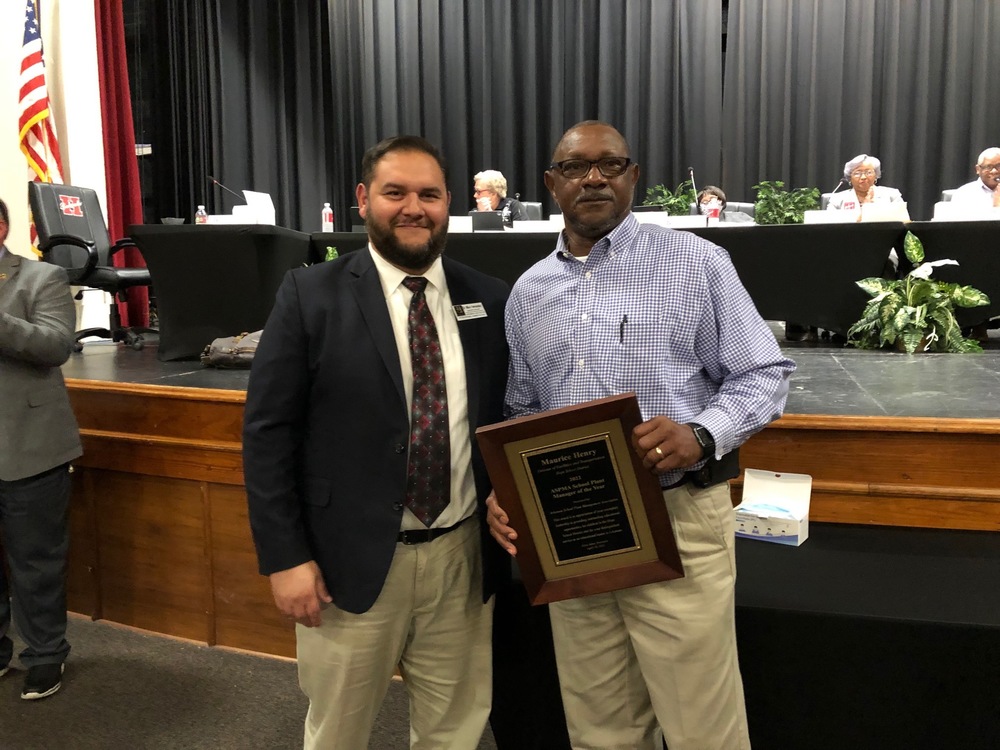 HOPE – Hope Public Schools Facilities and Transportation Director Maurice Henry was honored here Monday night by the Arkansas Association of Education Administrators as its Plant Manager of the Year.

Mertens said prior to the presentation the award is given each year to recognize an Arkansas school plant manager who has made significant contributions to positive learning and teaching environments within their district, having exhibited exception leadership in both the school community and the larger community.

He said the award is presented based upon a vetting process of nomination, service and professionalism scoring.

“I didn’t know anything about this,” a surprised Henry remarked. “First, I thank God for this,

“I want to thank the Hope Public Schools board for the opportunity to serve the students and the community,” he said. “It’s what life is about.”

A 1981 graduate of Hope High School, Henry earned an HVAC certification from the former Red River Vocational Technical Institute before beginning employment with the HPS in 1982.

He began his career working in the school district bus garage, transferred to the grounds and maintenance department, and later became the department supervisor of custodial services, prior to becoming Director of Facilities and Transportation.

Henry serves as the Pastor of Corinth Baptist Church and has served as a Hempstead County reserve sheriff’s deputy.

HPS Board members were effusive in their praise of Henry, noting particularly his service to community.

“There is not any need which he will not tackle,” Zone 3 Representative Margaret Moss said.

Zone 7 Representative Alvis Hamilton said he has known Henry for some 20 years as someone with a concern for schools and the children of the community.

Zone 2 Representative David “Bubba” Powers noted, “If the world had more Maurice Henrys, what a beautiful world it would be.” 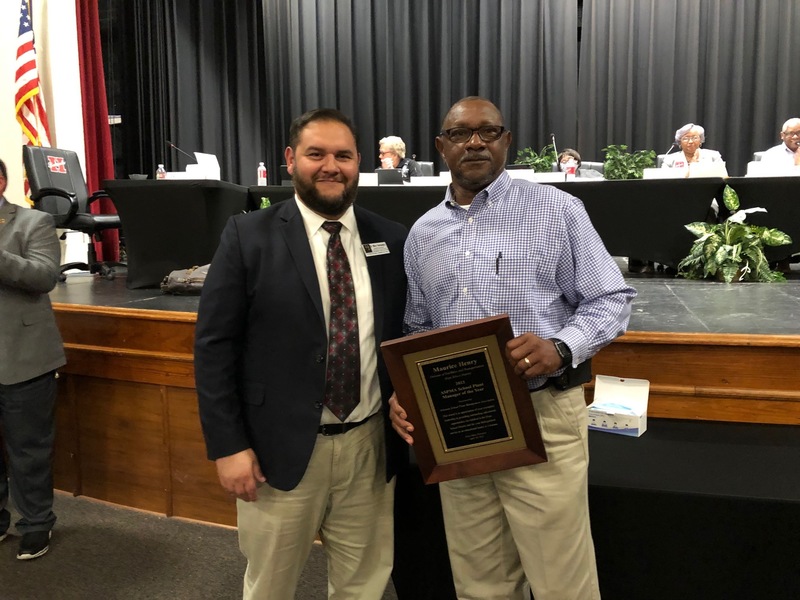