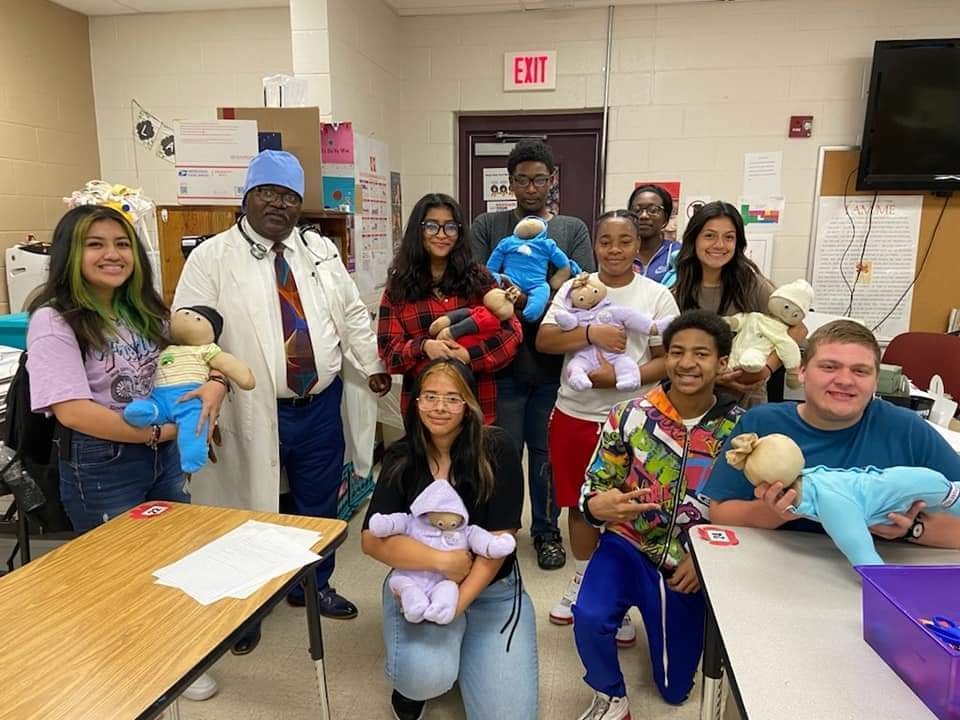 HOPE – Does the fact that your “baby” is essentially a sack of flour change the responsibilities involved with caring for an infant? Not in Nora Fisher-Cumming’s LifeSpan Development Class at Hope High School.

During a week in May each year, Fisher-Cumming’s class participates in what is known as the “Flour Sack Baby Project,” a close to reality exercise in understanding the implications of parenthood.

“The focus of this activity in the curriculum is centered on preventing teenage pregnancy and developing an awareness of the responsibilities and demands of parenthood,” she said. “Too many teenagers are becoming pregnant and dropping out of school.”

According to online information from Planned Parenthood, more than a million US teens, some one-in-nine young women between ages 15 and 19, become pregnant each year.

“The goal is to reduce those numbers through early intervention and awareness,” Fisher-Cumming said. “This activity is one step toward that goal.”

Each “baby” is based upon the concept of an infant born to one or two students and cared for by a “single” student or a “couple” who are the parent(s) of the infant. Once the “baby” is born, the parent(s) are responsible for their care 24/7 throughout the entire week of the exercise.

“It is to be considered a newborn infant and never left unattended,” Fisher-Cumming said.

Classroom disruption throughout the day is mitigated by “nursery” areas which teachers provide, she said.

“During class times, the students are to follow your classroom rules and procedures,” Fisher-Cumming told teachers in a pre-exercise letter.

And the consequences for irresponsibility went with each student into each class each day.

“Feel free to use any disciplinary action needed for those students who cannot handle the activity,” Fisher-Cumming suggested. “If you observe a student not caring for his/her baby in an appropriate manner, in or out of the classroom, please make a note of it and report it to us.”

Carrying a “baby” in a backpack or other inappropriate treatment was not to be tolerated.

“This would constitute abuse,” Fisher-Cumming noted.

Consequently, dressing the “baby” properly for the weather each day was a necessary part of the exercise, such as layering clothing for cool or rainy weather since infants cannot yet regulate body temperature, according to Education World online.

While similar to the “Egg Baby” concept, more teachers are turning to the Flour Baby as the model for the exercise simply because “eggs break” and that may impose an unrealistic sense of overprotection, according to Education World online.

The development of such programs in public schools appears to have risen from the popularity of a 1992 novel by Anne Fine, “flour babies,” about a group “science experiment” in a fictional British school and the impact it has on a boy in the class. The book won the Carnegie Medal from the Chartered Institute of Library and Information Professionals as the best children’s book by a British author. 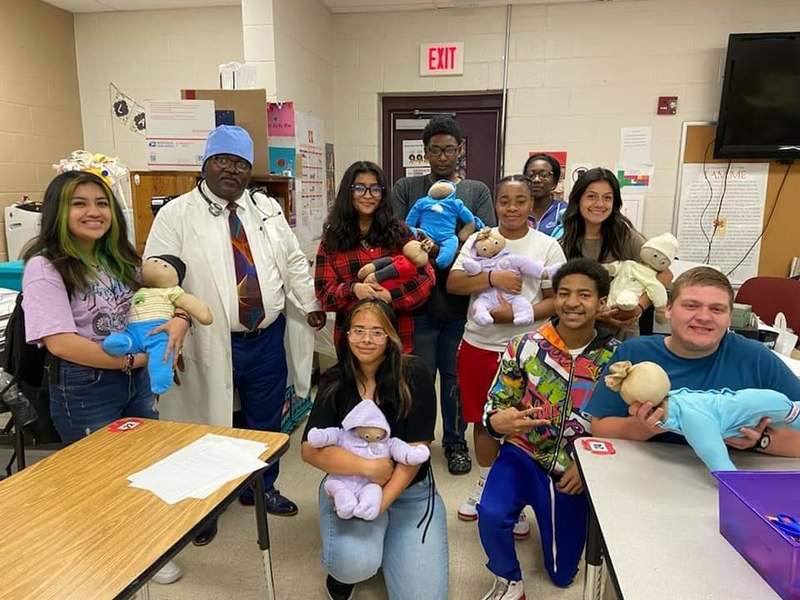 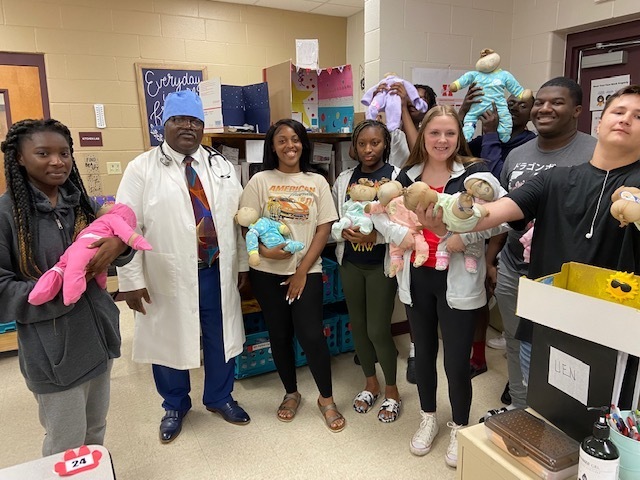 Students in Nora Fisher-Cumming’s LifeSpan Development class at Hope High School react as their new “babies” were delivered by “Dr.” Donald Patton, part of the Flour Sack Baby Project which presents teens with the challenges of infant care and the consequences of teen-pregnancy. The project attempts to bring reality to the care of each couple’s “baby” as other students react as shown here when they see a new baby, and students are required to keep their baby with them constantly throughout the week of the exercise. – Ken McLemore/Hope Public Schools 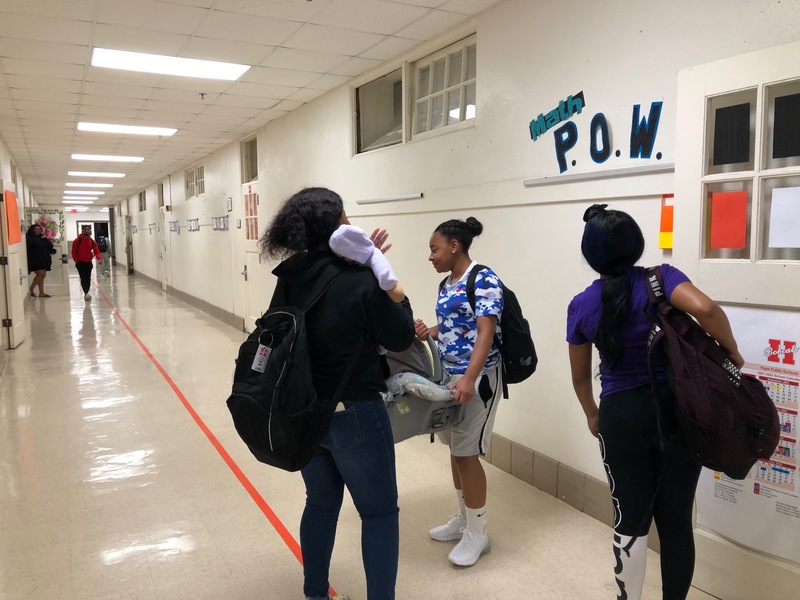 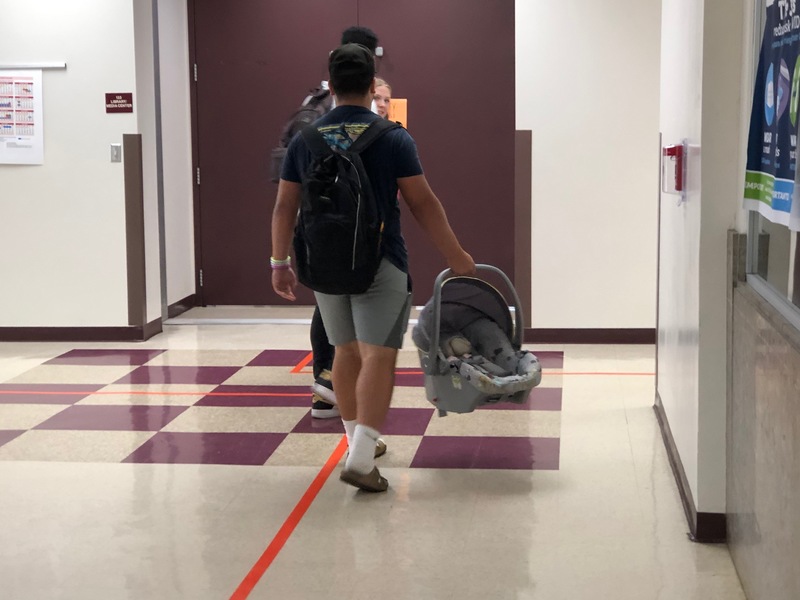 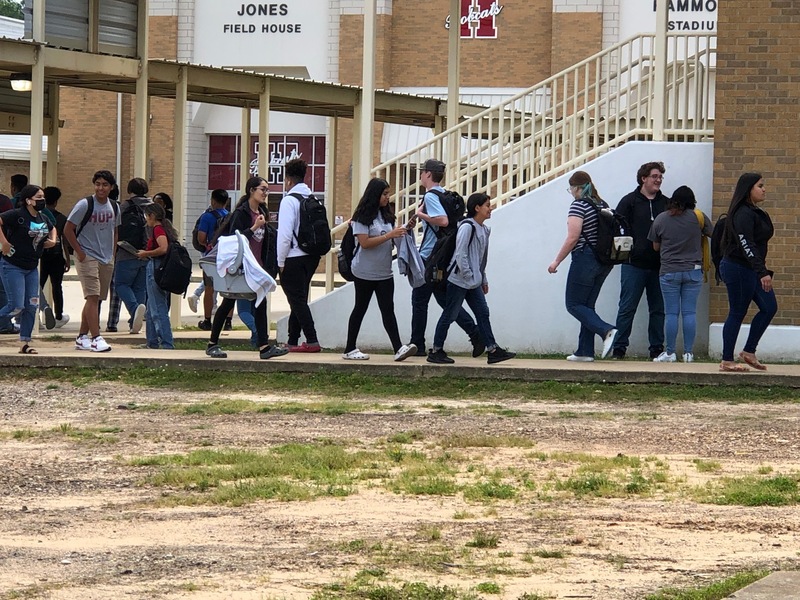